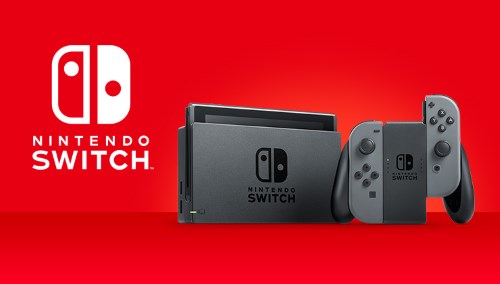 Continuing my history of badly titled blog posts when I purchase a Nintendo console, you can probably tell that I recently bought a Nintendo Switch.

I'm actually really fascinated by this device. I was intrigued back when it was announced and launched, but Zelda excepted, there just wasn't any games that launched with it (or soon after) that I was interested in playing. I wasn't going to buy a brand new console at full price just to play one game.

Fast-forward 6 months, and more games have come out (or are about to) that I am interested in. In addition to Zelda, games like Mario Kart 8 Deluxe, Mario+Rabbids: Kingdom Battle, and the soon-to-be-released Mario Odyssey are the highlights.

So I made the decision to wait until I could get a good deal on the Switch. A few weeks ago that finally happened, with a great eBay sale discounting EB Games fairly heavily. I ended up getting the console, Zelda, and a Pro Controller for ~$500. Unfortunately, the package took a tour of Queensland before reaching me.

Now that I've played with it for a few weeks, I'm totally sold on the portability angle for this device. For the type of games that Nintendo are known for, I would gladly trade some console graphical power for the option of portability. The docking and undocking just works, and I took it to work one week and seamlessly played Mario Kart with 3 people using two Switches.

It feels like there is a lot that Nintendo has gotten right about this console: e.g. no region locking, starting to get 3rd party developers interested again (Wolfenstein and Doom on the Switch?!). I suppose time will tell to see if this can keep the momentum up. I'm looking forward to see where we go from here.

Of course, I am already invested, as there is a new Yoshi game on the horizon :D.