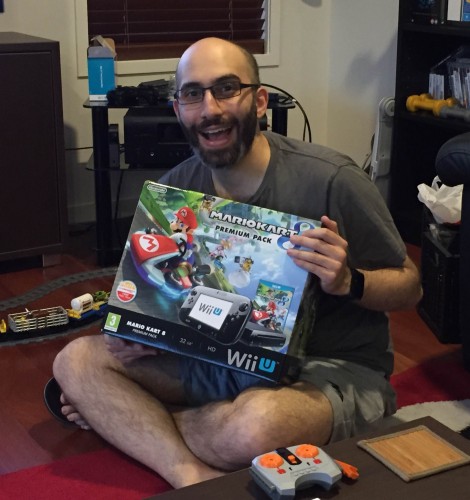 Eight years ago I bought the Nintendo Wii, and now I've taken the plunge into the current console generation by buying a Wii U.

I bought the console following a praiseworthy persistent barrage of peer pressure from some colleagues at work, but really, all the convincing I needed was to see the trailer for Yoshi's Woolly World, which I somehow missed from this year's E3.

Words cannot describe how much I adore Yoshi, but that is something for another post.

When the Wii U launched in 2012, I was less than enthused, and part of me still is. Other than the gamepad, this is really the console that the Wii should have been. Nevertheless, the Nintendo characters and games look absolutely glorious in HD.

And that's pretty much what I'm buying it for. Even after two years of being on the market, there isn't a single third-party game that I am interested in buying on the Wii U. On the other hand, the Nintendo-developed games are absolutely superb.

I'm actually half-decent at Smash Bros. this time around, and unlike its predecessor, the online support for Wii U games is now something I'd describe as acceptable.

I've got somewhat of a tradition of playing through a Zelda game over the Christmas break, and this year I'm looking forward to going through Wind Waker HD.