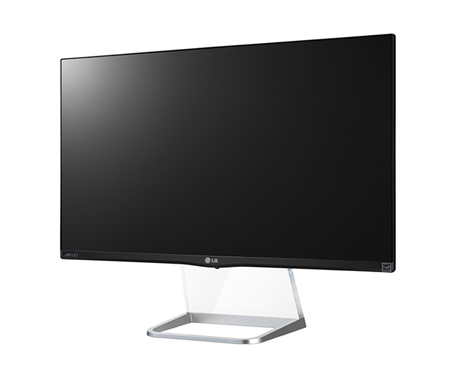 It seems like recently has been the season of things breaking, malfunctioning, or generally needing replacement. It was my relatively new PS3 a few months ago, and now recently my not-so-old Dell monitor starting showing funny colours across the screen.

The monitor was a few months outside of the three-year warranty (which admittedly, is a half-decent warranty period), and Dell weren't too kind in offering me options for a replacement. I've got to say that I'm pretty disappointed in the quality of both the Dell product and the service. They seemingly couldn't track down my purchase in their own system despite me telling them the invoice and order numbers, and I had to email them a copy of the invoice.

Anywho, needless to say I don't think I'll be buying another Dell monitor any time soon.

With the weak AUD, I couldn't satisfy all my monitor criteria (adjustable height, built-in speakers, IPS screen) for a decent price. I decided to go for two out of the three criteria, and opted for the LG 24MP77.

However, after getting the new monitor, the height still bothered me (much too low), and the speakers were decidedly terrible (and I'm not anywhere an audiophile).

To solve the former issue, I purchased a dirt cheap VESA desk bracket, which won't win any quality or usability awards, but gets the job done (and means future monitor purchases should be covered, too). To solve the latter issue, a cheapo pair of USB-powered Logitech Z120 speakers have done the trick.

The monitor itself isn't too bad, but isn't spectacular either. I had to play with it a while before being satisfied with the colours. Fingers crossed for many years of service!