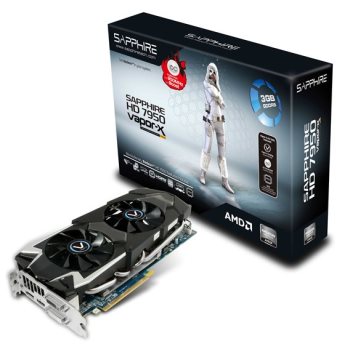 At the end of last year I replaced our aging Viewsonic 20" 16:10 1680x1050 monitor with a brand-spanking-new Dell U2312HM LED-LCD 23" 16:9 1920x1080 display. Part of the reason why I persisted with the old monitor for so long is that I am pretty picky with my monitors. Other than swivelling and height-adjustability (musts for me), the main thing that I was spoilt by was the built-in speakers; it is so convenient not to have to worry about turning on speakers separately, or having another thing to have to plug-in to power.

I ended up getting the Dell because they were having a big sale around Christmas time, and this monitor, despite its relatively high advertised response time, actually tested quite well for ghosting etc. in the reviews I had read. Bundled with a Dell soundbar (which uses the monitor's power and snaps into it quite nicely), it meant that I had a monitor that met all my necessary requirements.

Other than getting used to the new bigger screen size and different aspect ratio (going from 16:10 to the wider 16:9), there was one side-effect that I had noticed in using it over the past few months which I hadn't quite anticipated: as the new monitor is a higher resolution, the performance in games playing at the native resolution of the monitor meant my computer's graphics card was getting worked more vigorously, and I definitely noticed lower frame-rates in the higher-end games.

I got a bit of money from my recent birthday and decided to replace the AMD/ATI HD5870 graphics card that had been in the Cannon since I built it.

After reading a lot of reviews and benchmarks, as well as seeing news that both Nvidia and AMD were delaying their upcoming new series until the end of the year,  I decided to get an AMD HD7950 card, which most seem to agree is the best bang-for-buck card currently available.

The clincher was that AMD is also currently running a promotion in that if you buy a 7900-series card, you get a coupon which gives you Crysis 3 and Bioshock Infinite for free. These are two of the biggest PC releases this year, so in Australian game prices I'm saving ~$150, or by imported prices I'm saving ~$95, by not having to buy those games.

I was definitely going to buy these games anyway, so overall it made for a very attractive deal, especially when compared to Nvidia's lower value cards and ridiculous attempt at a promotion by offering in-game credits for a few games that I don't even play.

I ended up going for the pre-overclocked Sapphire Vapor-X version of the 7950 (pictured). It's the first graphics card that I've purchased that does not follow AMD/Nvidia's reference design for clock speeds or cooler implementation, so it should be interesting to see how it goes in the longer term. In installing the new card I had to run another 8-pin PCIe power rail in addition to the existing one to power it, so hopefully it's also not going to increase my electricity bills too much.