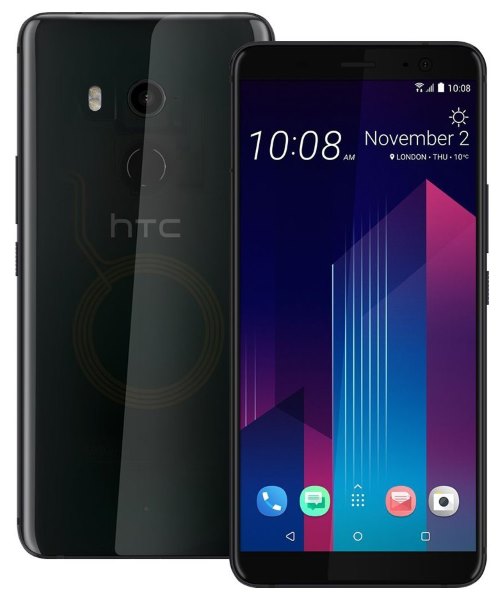 New phone time! I've taken advantage of the (somewhat) extra time during my parental leave to get a new phone. I've had the Sony Z5 for well over 2 and a half years, and it was showing its age: fingerprint reader faults, and poor battery life. Even when not doing much on it, it would struggle to get through a full 24 hours.

It did serve me well, though. It's probably my most consistent performer of a phone (and the longest serving) in the smartphone era.

The phone I've chosen to replace it is the HTC U11+. I considered the new Sony XZ2, but the thickness, weight, unfortunate placement of the fingerprint reader, and so-so camera meant that I didn't really see where I was getting ROI for a ~$1000+ RRP phone.

The U11+ ticked all the boxes. The only immediate downside is that it is bigger than I would have liked.

The current state of smartphones also makes this the most incremental upgrade of any of my phones. Nothing major really makes it that much different from the Z5 in terms of features. Sure, everything (like speed and the camera) are noticeably better, but there really isn't a big new feature that makes it a huge step forward.

The only thing that comes to mind is HTC's Edge Sense, but that's a slightly-useful gimmick more than anything. I have it mapped to activate the flashlight on a long squeeze, which is quite handy, but still not a ground-breaking new feature.

I got the awesome translucent black colour, again from the same grey importer that I purchased the Z5 from. I was impressed with their service and support last time around, and considering that the U11+ isn't even officially available in Australia, I was quite happy only paying ~$750 (after an eBay discount) for the phone. It seems like most 'flagship' phones at the moment are averaging around $1200, so I was quite happy with that price considering that it is only a 6 month old model.

Overall, I'm very happy with the phone so far. Battery life is amazing compared to the Z5 even when I got it new. Although HTC Sense as the Android skin for the most part is ok, I'm using Nova Launcher permanently for the first time to get past some Oreo quirks.