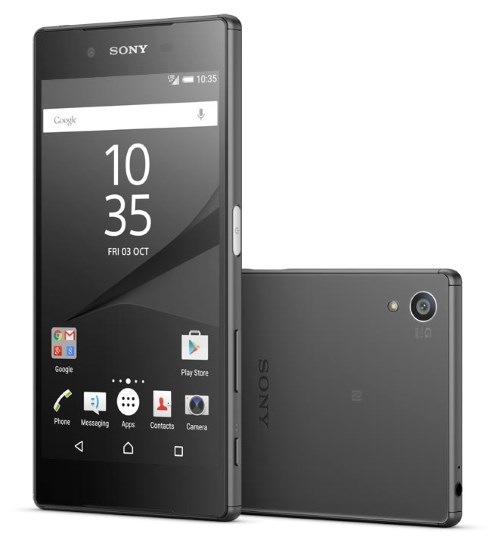 Although I had hit the two-year mark on my Nexus 5 back in October, I wasn't in the mood to look for a new phone. Up until recently, the Nexus 5 had served me well.

However, things went downhill with the recent Android Marshmallow update. General buginess, especially regarding the battery life, was very disappointing. I'm not alone with these type of issues, and I've got to say that each Android update since KitKat has introduced more problems compared the usefulness of new features introduced, and it takes Google months to issue fixes.

Ironically, the last two releases (Lollipop and Marshmallow) each promised better battery life, but in each one I actually experienced worse battery performance on the N5.

So rather than factory resetting my phone to start from scratch on Marshmallow in the hope to see if that would help things, I decided to look for a new phone. My criteria this time round was: at least equivalent features of the Nexus 5, plus decent camera (something that was probably the biggest weakness of the N5), decent battery, fingerprint sensor, not too small (> 4.5" screen), not too big (< 5.5" screen), and as usual, not Samsung.

That doesn't leave much, and the obvious alternative, the N5's successor, the Nexus 5x, seemed way too overpriced for a disappointing feature set. So, for the first time ever, I started looking at the flagship phone releases.

The only one that caught my eye was the Sony Xperia Z5. It appealed to me as a good size, having a really good camera, fingerprint sensor built into the power button (genius!), with a bonus of waterproofing. The only thing that I wished it had was USB-C, but that's not really that important to me at the moment.

The cons? It's still on Lollipop, with the Marshmallow update still to come. To be honest, I didn't mind this. There hasn't been much in the past two Android releases that I wouldn't have minded waiting a few months for. The biggest con: the price. There was no way that I was going to pay the almost AUD$1000 retail price.

Luckily, reliable grey importers have been getting better in the past few years. After looking around on Whirlpool I found a good one, and even managed to snag a 10% off sale on eBay too. This brought the price down to a stomachable $660 with free shipping. I ordered on a Thursday and it came via Taiwan on the following Monday. I can't get stuff from Melbourne that quickly ;P. Plus the Taiwanese model includes a fast charger, whereas the local version apparently doesn't. Change the language in the setup and you wouldn't know you're running an overseas model.

I've been using the phone for the past few weeks, and so far I am pretty happy with it. The Sony skin over vanilla Android is really thin and out-of-the-way. If I didn't use vanilla Android immediately before, I'd be hard-pressed to spot the differences. There are even a few things that the Sony skin has that vanilla Android Lollipop should have: like traffic indicators for the wireless and cellular radios, and being able to edit and organise the quick settings draw.

Most of the included Sony apps are either removable or able to be disabled, so there isn't much bloat. Some of the included apps are actually quite impressive, especially Sony's photo Album and Movie Creator apps.

The camera itself is very decent (strides better than the N5), but I still think that my wife's iPhone 6 takes better pictures. The greatest feature of the Z5 is the fingerprint sensor built-in to the power button. No two-step thing of pressing a button then hitting the sensor, and it's crazily fast in unlocking phone; maybe even too fast, because you barely get a glimpse of unread notifications on the lock screen before the phone unlocks!

It'll be interesting to see how the Sony Marshmallow update is going to affect it overall (apparently it drops in a few weeks), but hopefully Sony will stick to the thin layer over vanilla Android and actually do some decent QA.