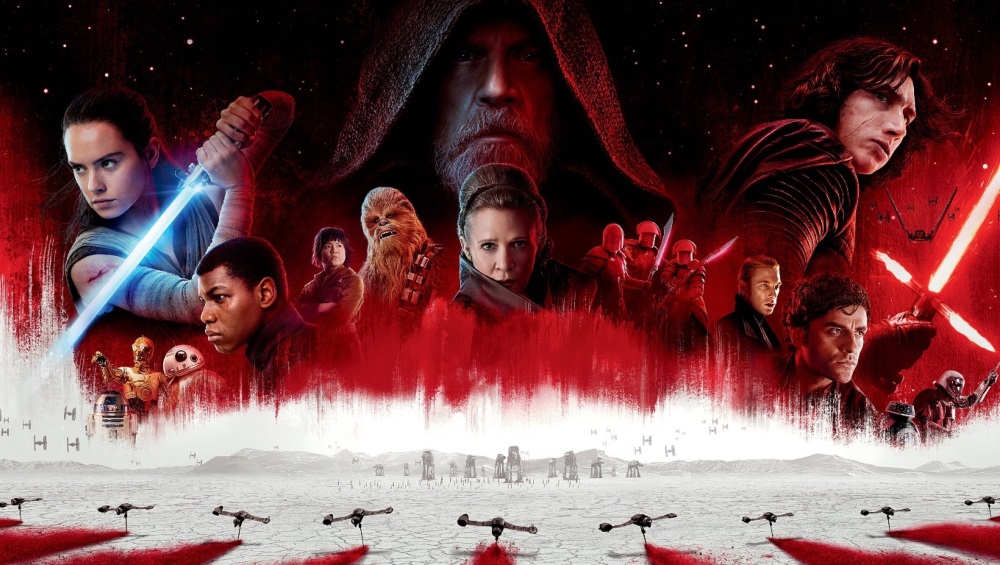 It's that time of year, again! No, I'm not talking about my usual 'Best and Worst', 'Tweets for 20xx', or 'Year in Review' posts. I'm talking about the annual Star Wars movie in this new era of Disney Star Wars. Being the second 'trilogy' movie, and the successor to my well-received The Force Awakens, I did have reasonable expectations for this movie.

As usual, be warned that there are SPOILERS AHEAD!

I don't totally share the critical acclaim this movie is getting. It's a good movie, not a great one. I was pretty frustrated after my first viewing, there was a lot going around my head about the movie.

The second viewing allowed me to enjoy it a lot more, and not get bogged down in the major settings and plot points, but moreso enjoy the nuances of the movie, which I think is where it shines. I'll try to keep my thoughts to short bullet points.

Although the movie was spectacular, and the performances very decent, I felt that main settings of the plot didn't totally carry it. Nothing about this trilogy's plot was advanced  in any meaningful way from the end of The Force Awakens. The deaths of Snoke and Luke aren't that impactful when they were almost totally absent from the previous movie, and even seemed somewhat peripheral to the relationships in this movie.

That said, I think repeat viewings will be a kinder way to experience it, despite the plot's shortcomings.