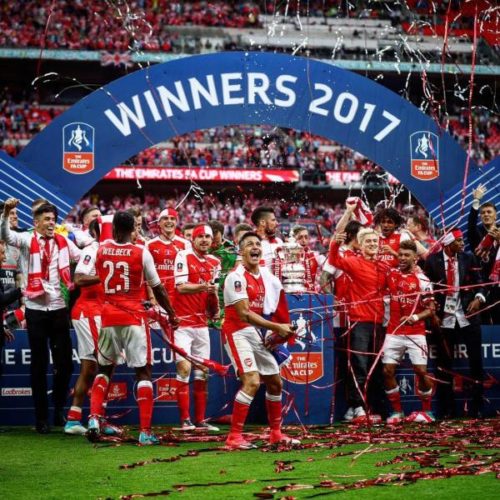 Against the in-form and Premier League-winning Chelsea, I didn't expect them to do well, especially considering almost all of the regular Arsenal defenders were either injured or suspended. That, and we're talking about an Arsenal team that have been pretty abject for a lot of this season.

Instead, Arsenal dominated the game from start to finish, and the only thing that let them down was not making the most of the many, many chances that they had against a very off-looking Chelsea side, who looked like they had started their holidays early.

The 2-1 scoreline flattered Chelsea, and Arsenal were well worth the win. Almost every player stood up when they needed to, especially the captain, Per Mertersacker, who only played 37 minutes of football in the entire season before the game. The joy at seeing this team play like that is matched by the exasperation of wondering where this was all season.

Seeing Costa, Fabregas, and Terry all looking deflated is well worth the tiredness today.