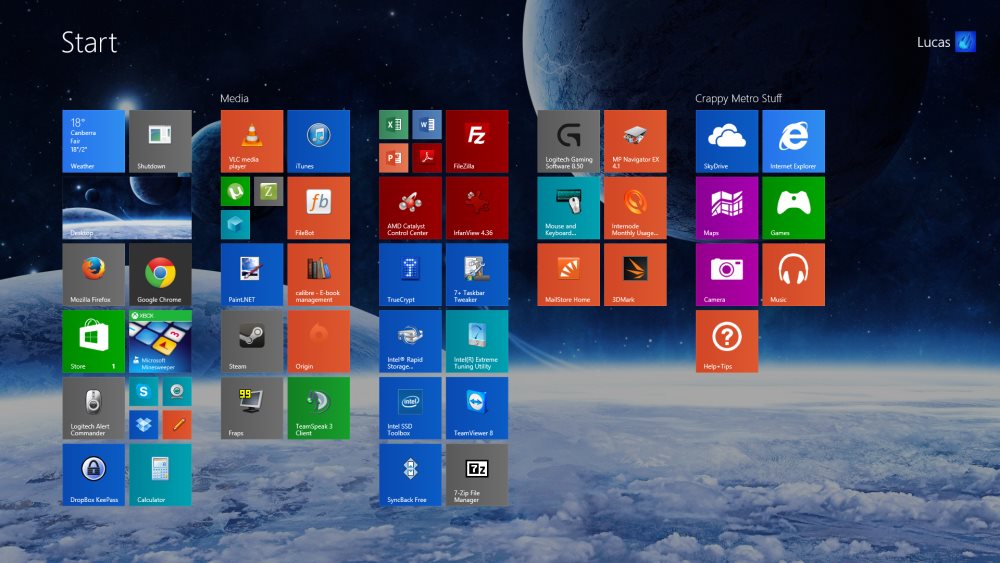 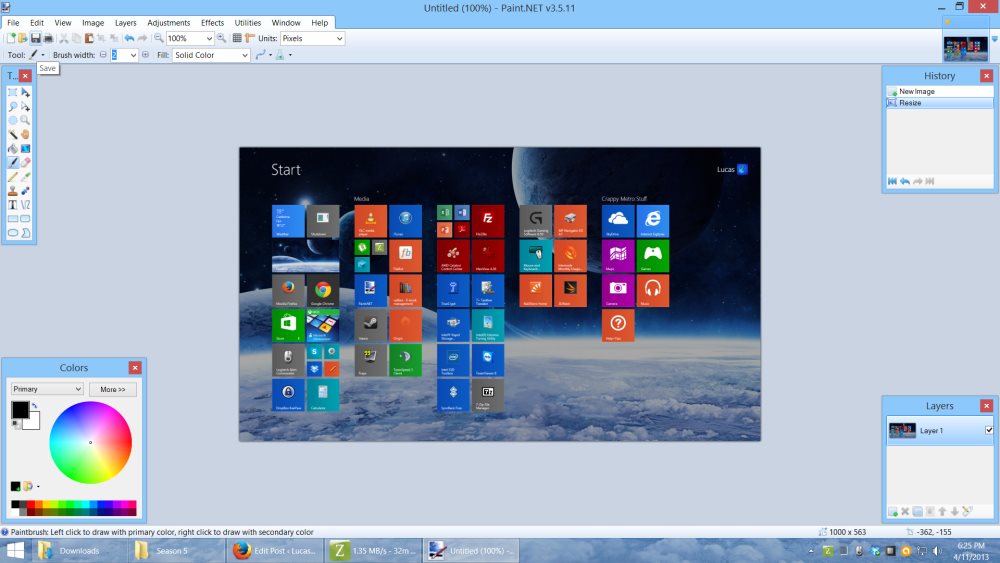 After being on Windows 8 since I built the new computer, I was quite eager to see how Windows 8.1 would improve upon the deficiencies that I have previously criticised.

As a whole, I think it is a bit of a mixed bag. There are some good improvements. For example, the implementation of a 'Start' button goes some way to easing the transition for Windows users, and provides a visual cue of functionality that was previously only an unmarked 'hover' corner. But really, it is only a square that does the same thing as the Start key on the keyboard.

For me, the biggest improvements include (and they are only small ones): the ability to set your normal desktop background as the wallpaper for the start screen (see the image above); and, friendlier access to the 'All-apps' screen. Both make it a much less jarring transition from desktop to start screen, and combined with the ability to resize tiles,  actually makes the Start Screen somewhat usable for regular keyboard and mouse users.

I have deleted or moved nearly all the 'metro' apps off to one side, so for myself, the start screen is like a pseudo-desktop with application shortcuts. I have no need or desire to use the mostly touch-centric metro apps on my keyboard-and-mouse computer.

I think Windows 8.1 is close to what Microsoft should have released from the beginning. It is still far from perfect for regular keyboard and mouse users; for example, the amount of action required to just shutdown or restart the computer is still unacceptable (for convenience's sake, I have created a tile that executes a shutdown).

The 8.1 update is better than nothing, and now in my opinion, the benefits (like improved Task Manager, file copy dialogues, etc) definitely outweigh the detriments. I think with 8.1 I have gotten to a point where I no longer have the urge to install a Start menu application, so that can only be a good thing.