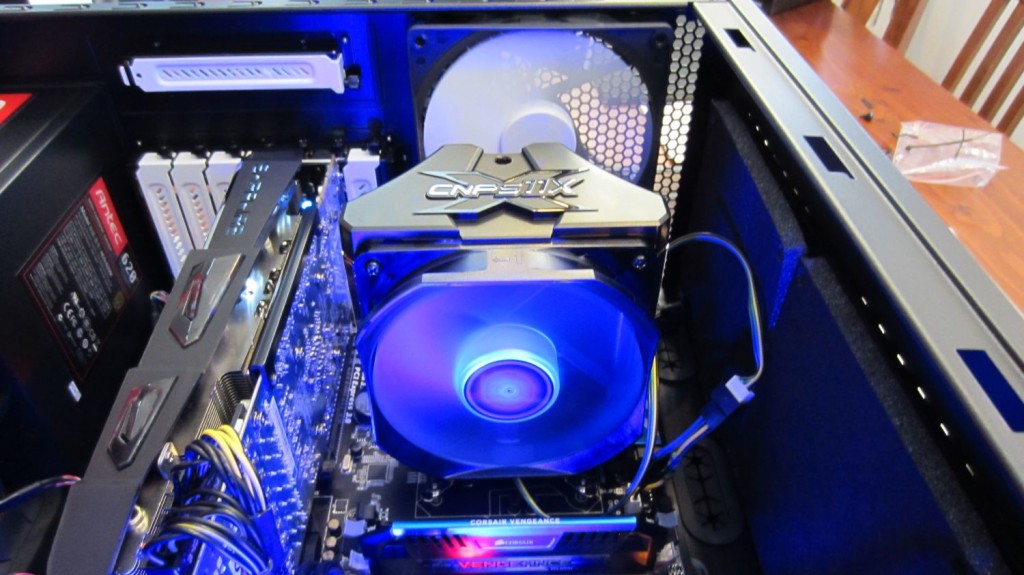 I've taken advantage of the long weekend to put together my new computer, which I have named Executor (after the Super Star Destroyer of the same name :)). Photos are at the bottom of this post.

For this build, I concentrated on putting together a quiet computer, but one that is still capable in the gaming department. Everything is new, with the exception of the graphics card, which I have carried across from the last upgrade of Executor's predecessor.  The specs of Executor are:

The build was without major incident, with the exception of a few problems with the CPU cooler. On the first boot, the CPU temps were pretty high at idle (~45-47C), so I took off the heatsink and reapplied it. It turned out the high temps were caused by the BIOS (either running high, or reporting wrong), and after I updated it to the latest version, the idle CPU temps were a lot better (~30-35C).

However, I still wasn't happy with the CPU cooler. With the fan going, there was a decent amount of reverberation noise coming from the plastic shroud on the top of it. I took off the fan, and applied rubber grommets to the fan screws, as well as where the shroud touches the fan housing. That seems to have fixed that issue.

Now that the computer is properly running, the whole thing is very quiet... except for a strange high-pitch ticking-type noise coming from the PSU fan. I originally thought it was the PSU capacitors squealing (which is almost relatively normal with Intel speedstepping), but after obstructing the fan to stop it spinning on one boot, it's definitely the fan that's causing the noise. It's one of those noises where it's barely noticeable, but once you hear it, you can't not hear it, especially as all the other fans and parts are pretty much silent. I'm still deciding whether it's worth the trouble of taking the PSU out for a return.

Other than that, the other hassle was trying to get the LED strip to stick to the roof of case. The strip is made of a plastic that seems impervious to all kinds of tape! Double-sided tap, electrical tape, and duct tape have all proved unworthy. At the moment, it's resting on top of the rear case fan.

Some might be surprised I went with Windows 8 for the OS given my previously harsh criticism. I still stand by most of my views, but I am determined to give it a proper shot before the 8.1 service pack (which apparently fixes a lot of the keyboard-and-mouse desktop-use issues) is released around the end of the month. 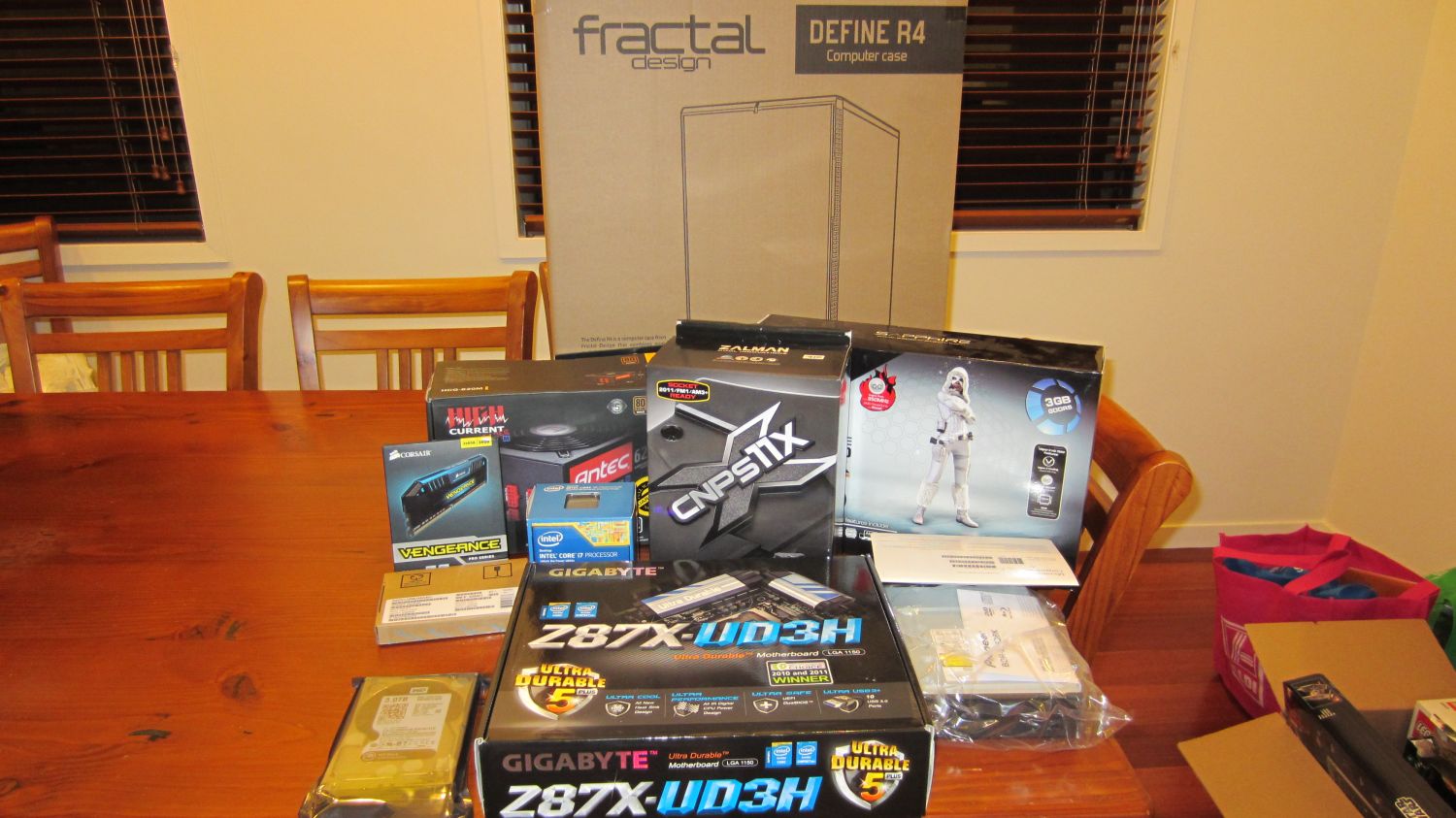 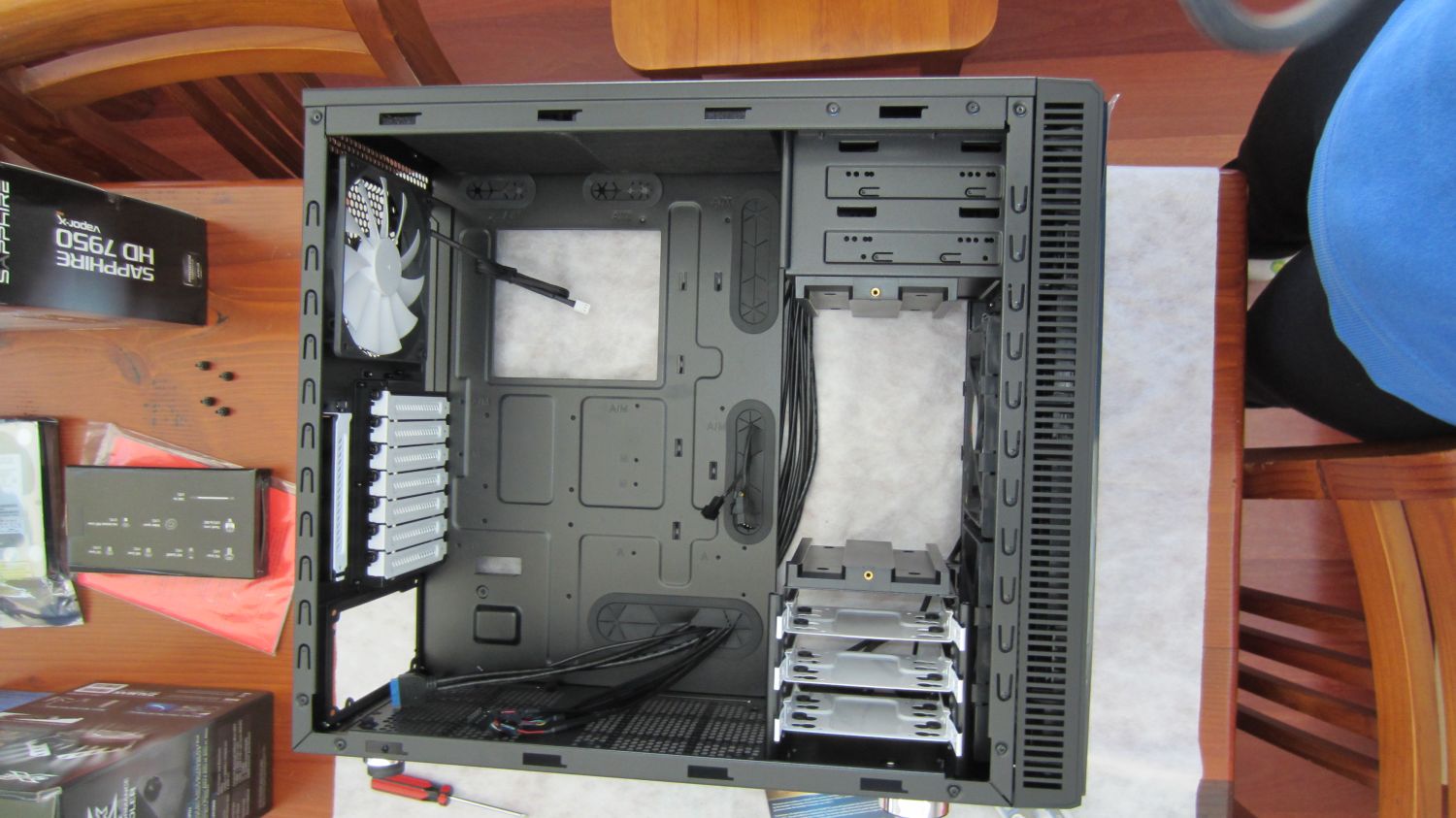 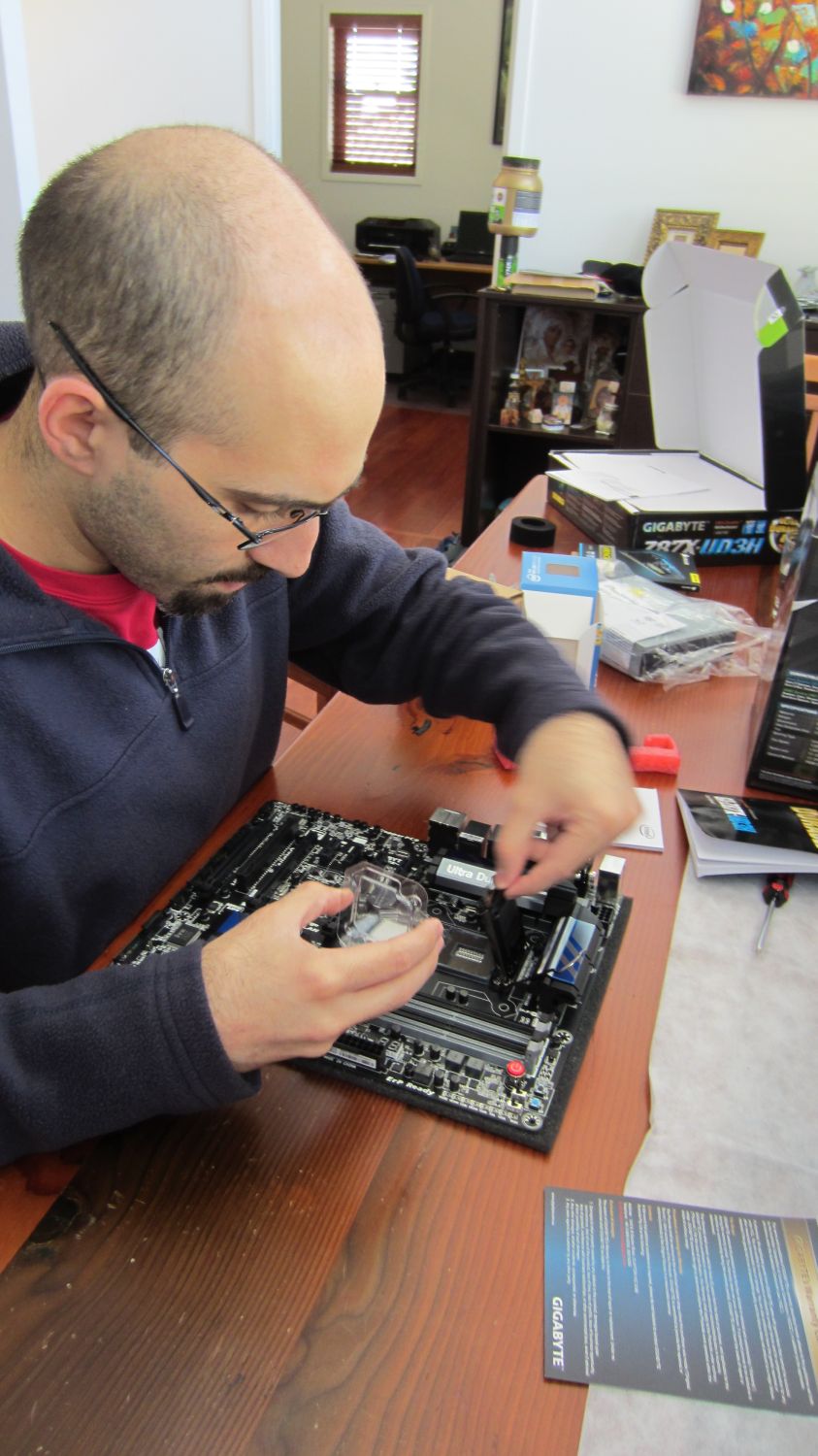 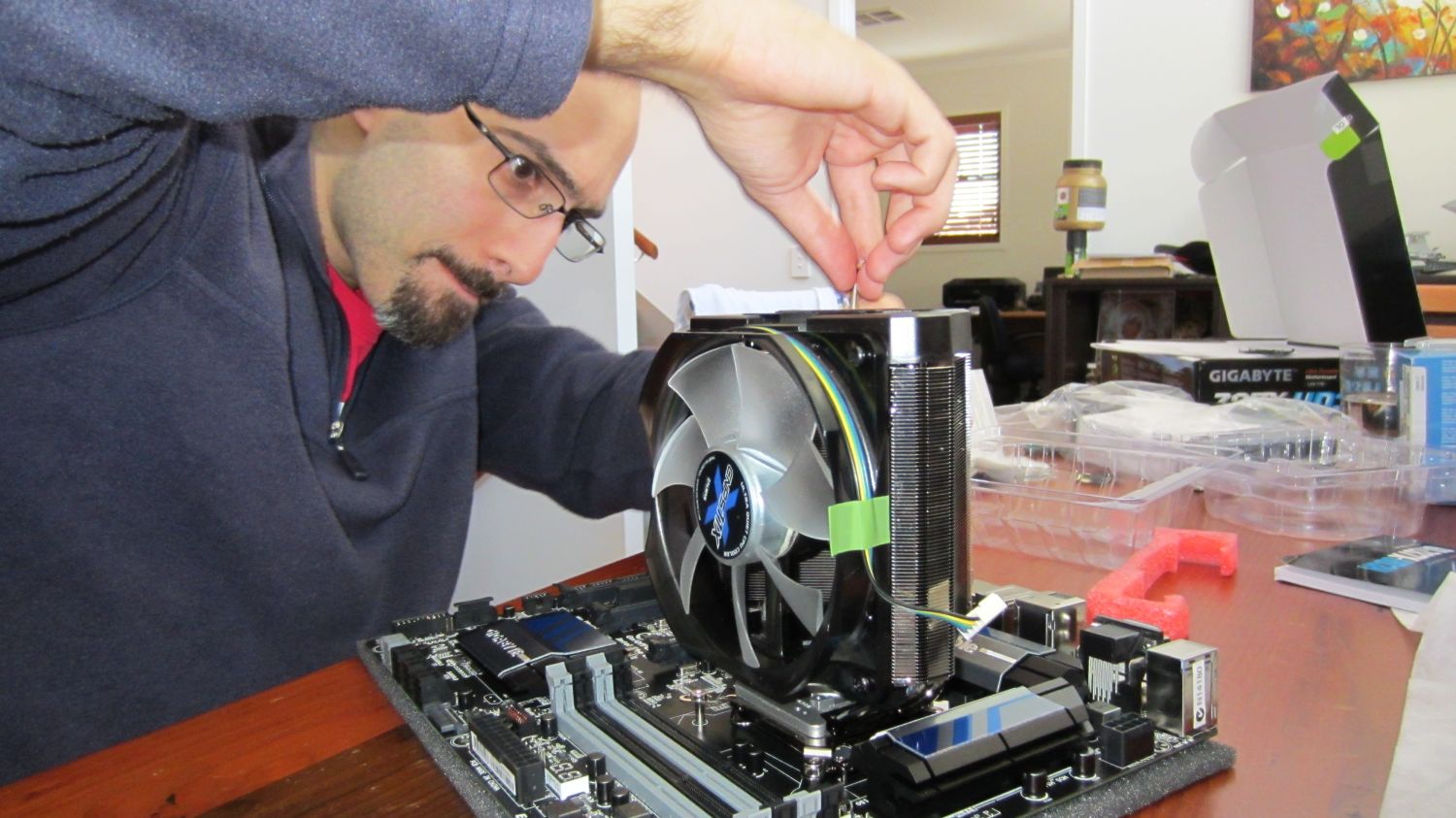 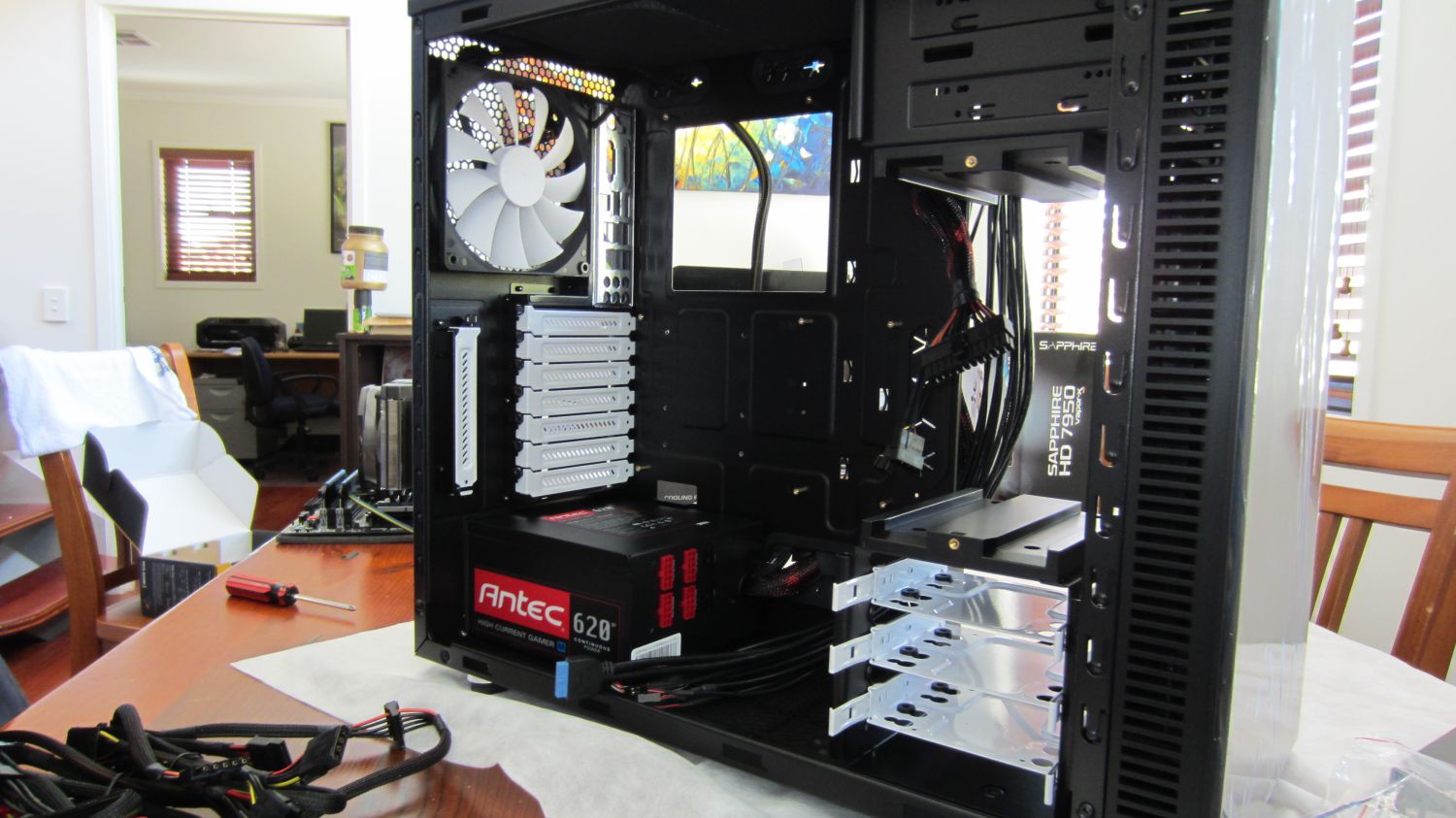 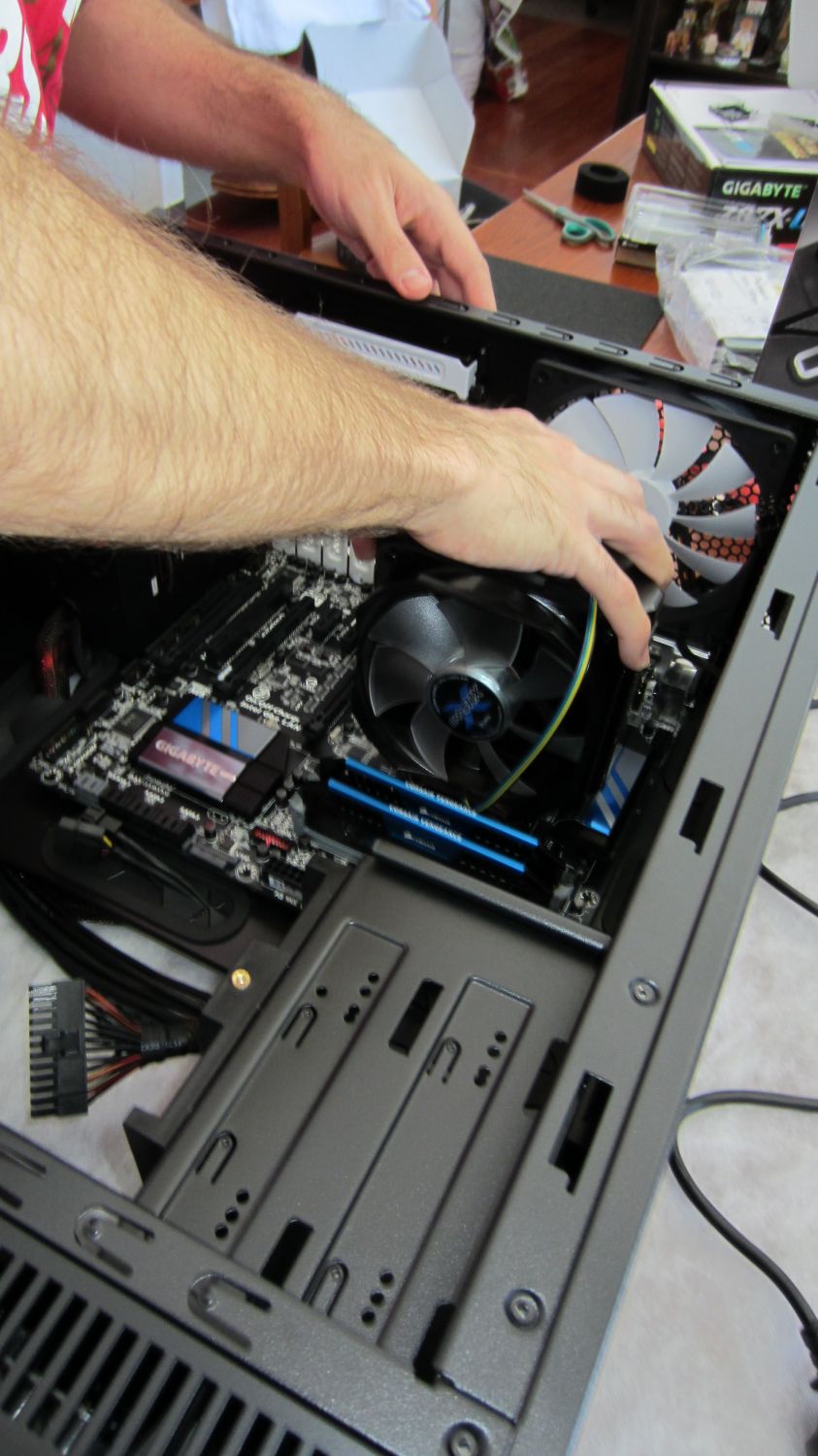 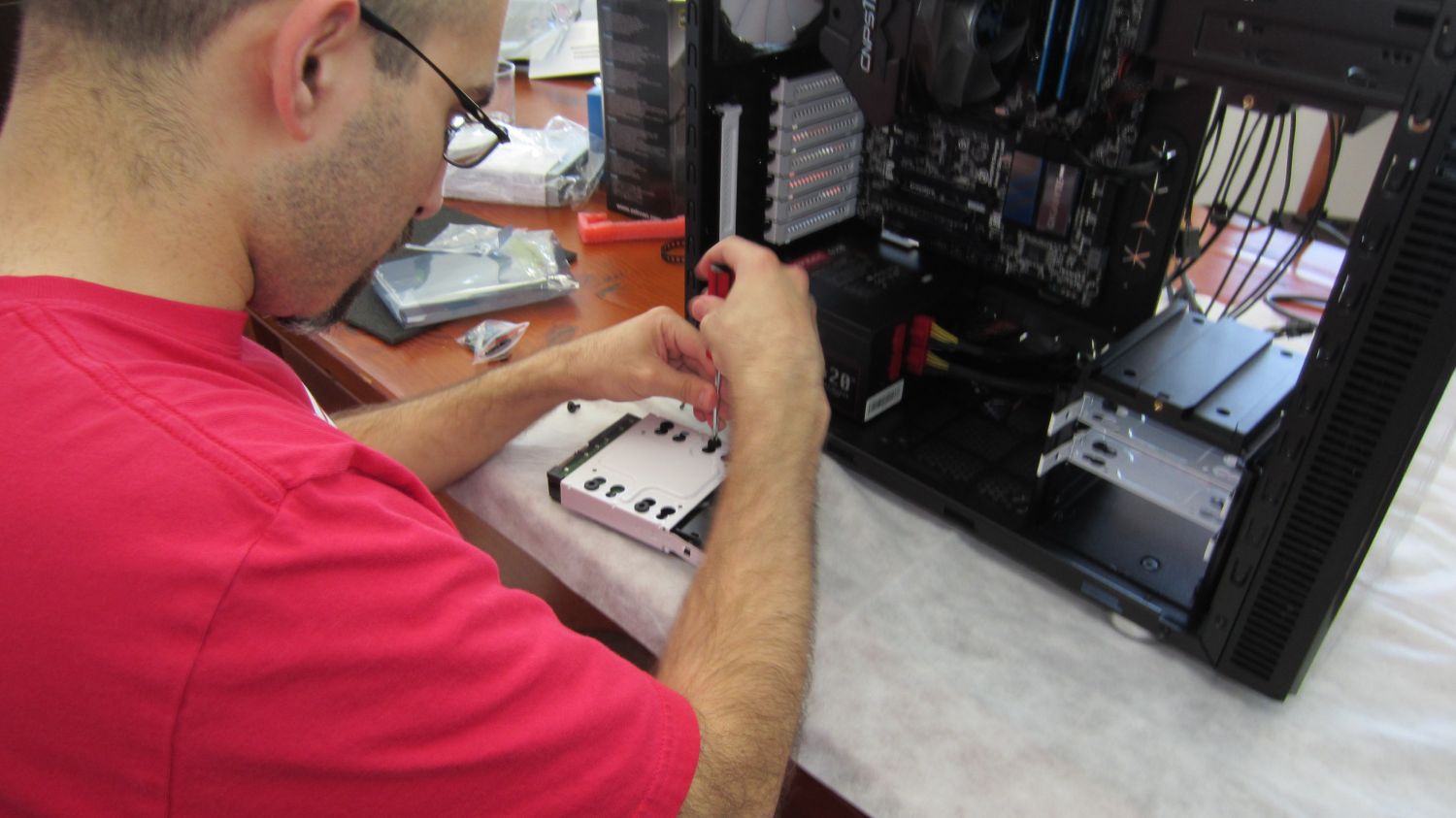 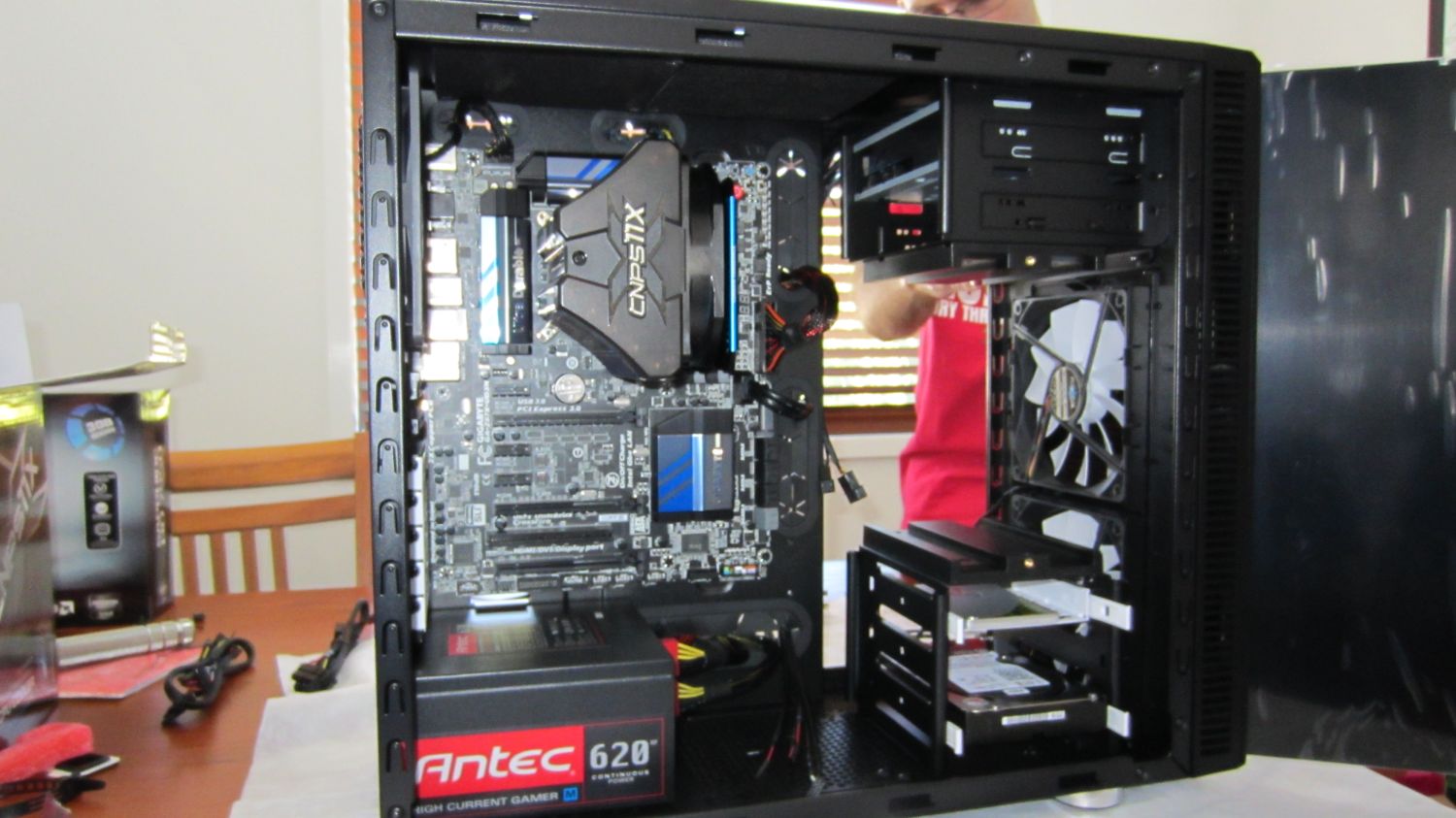 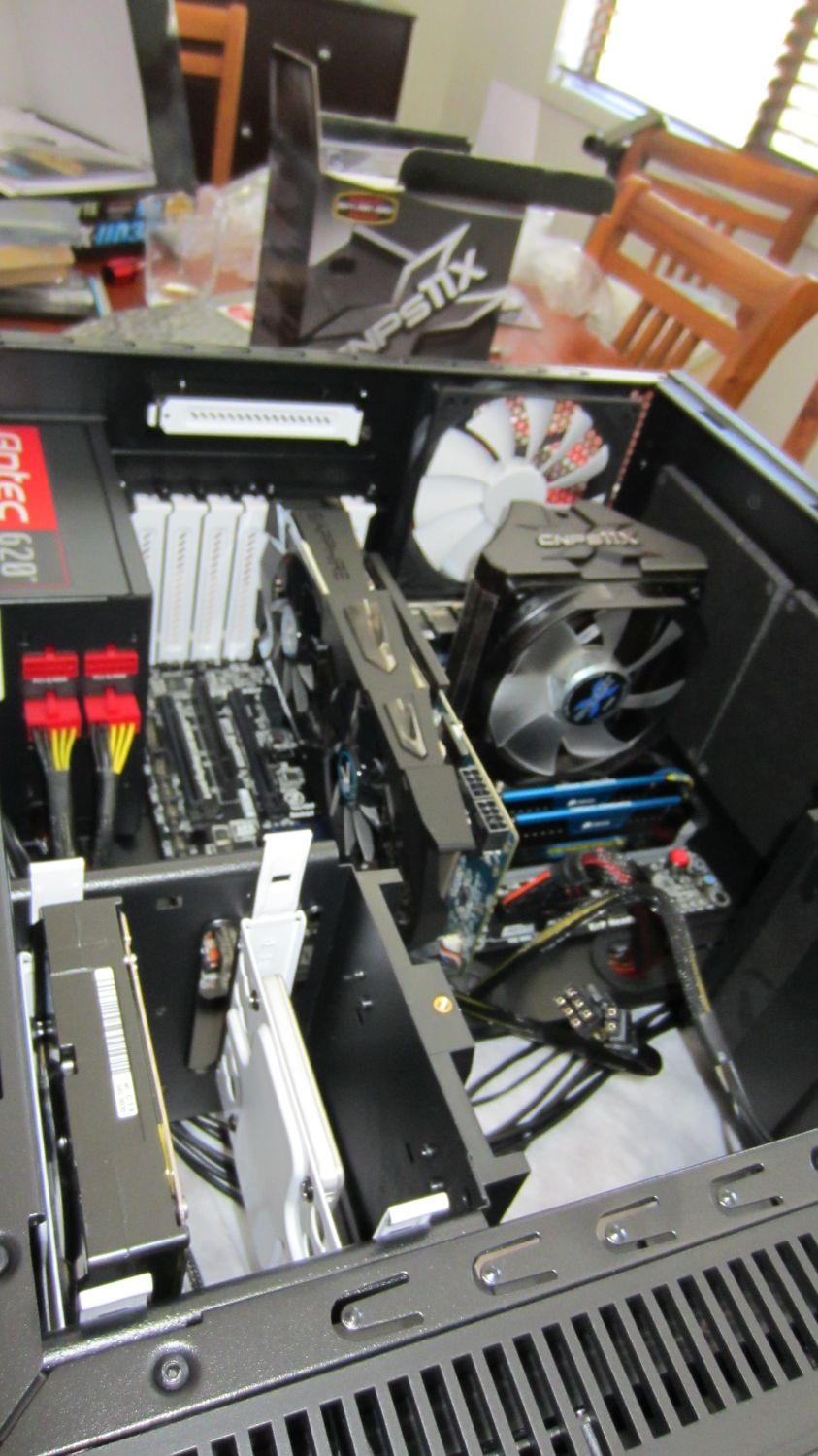 Graphics card is in 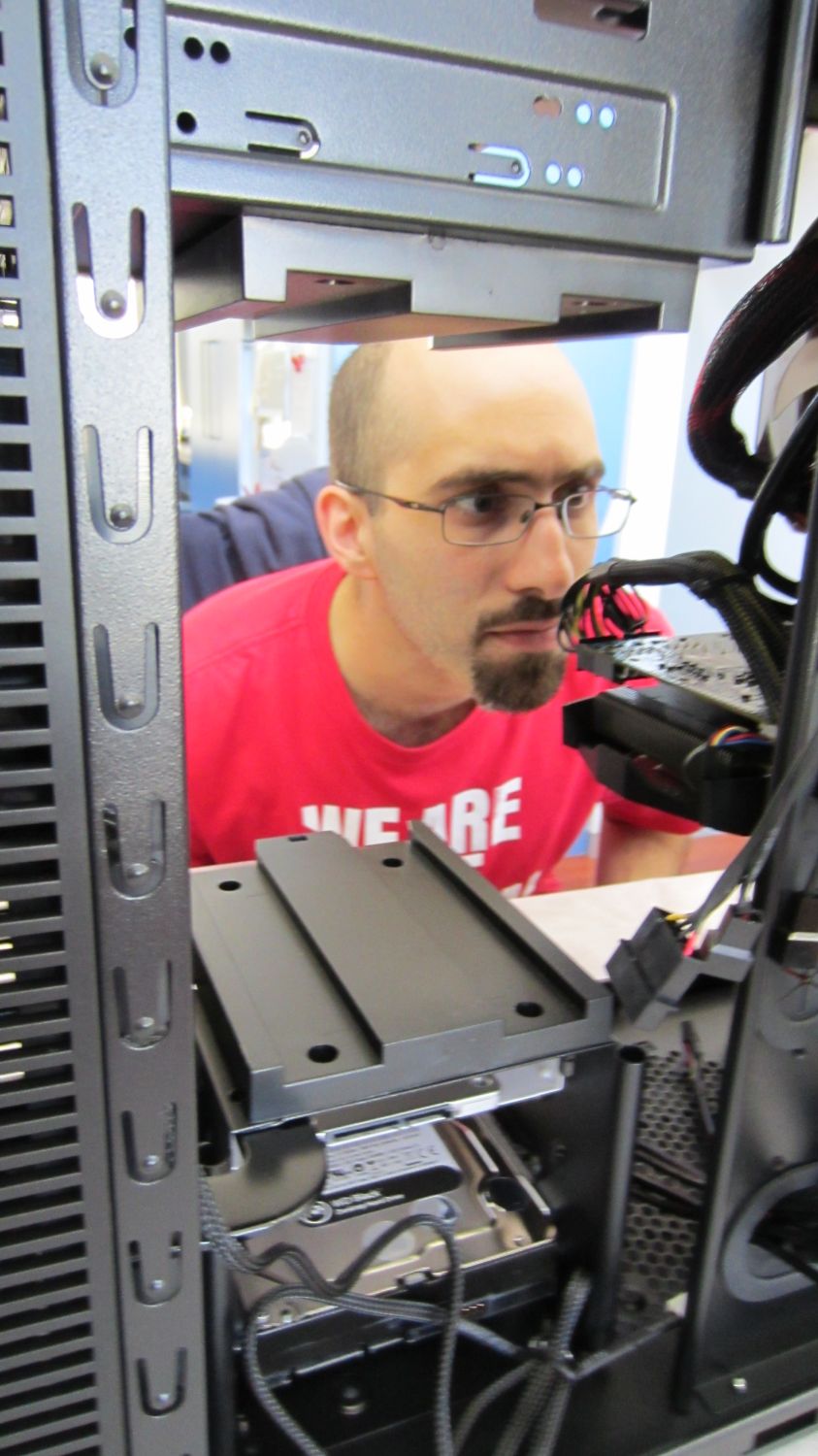 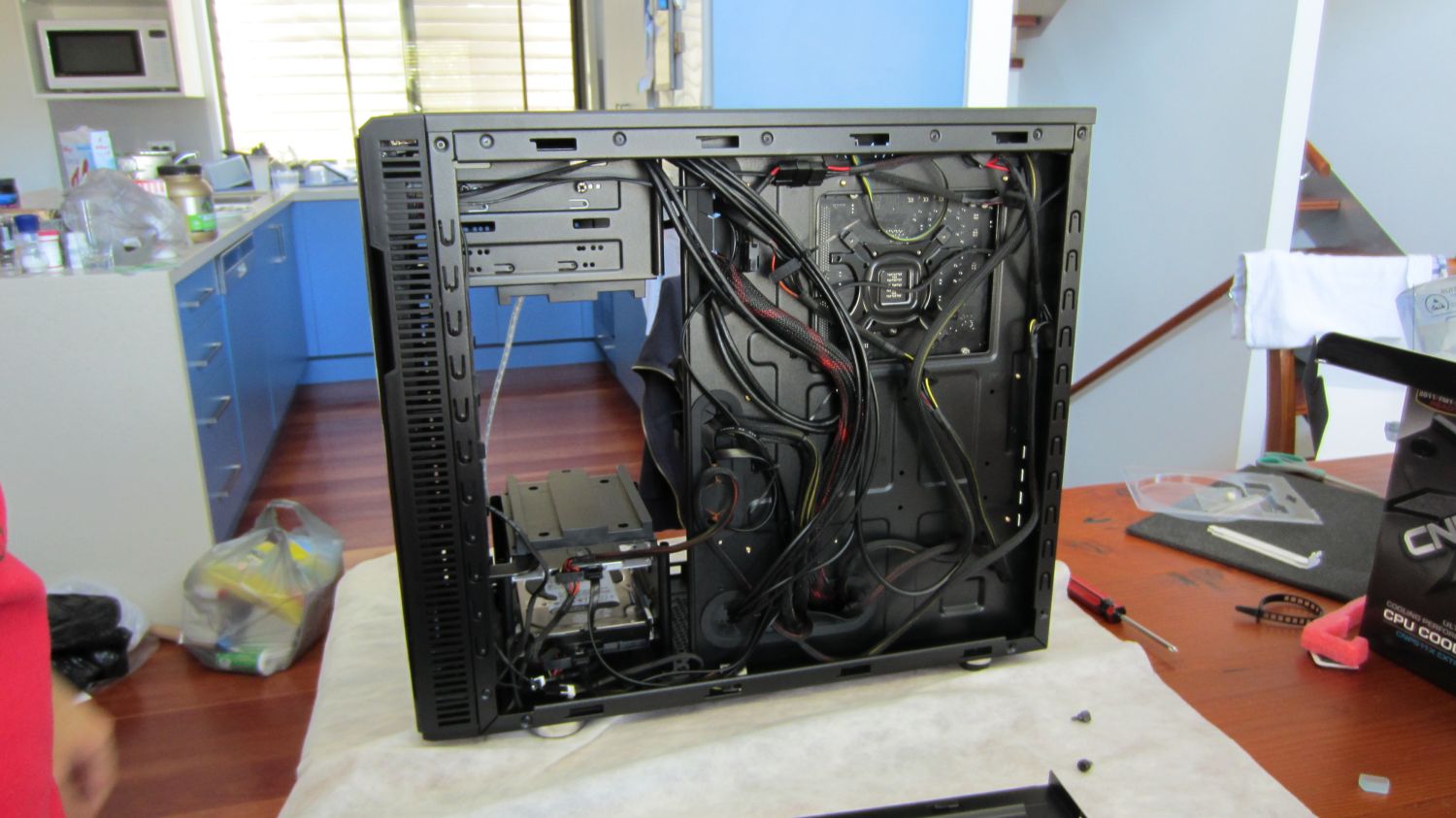 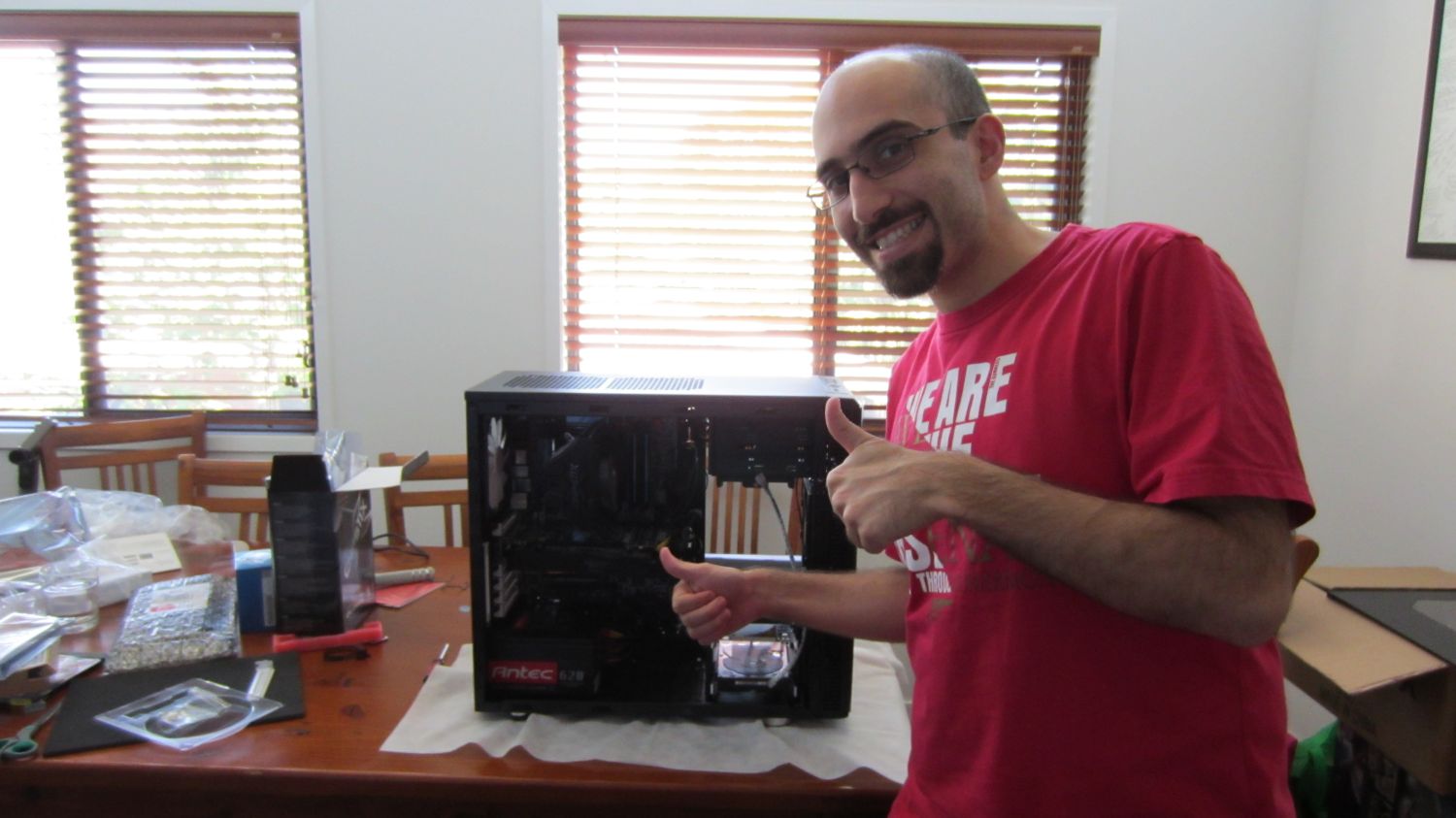 Ready for the first boot 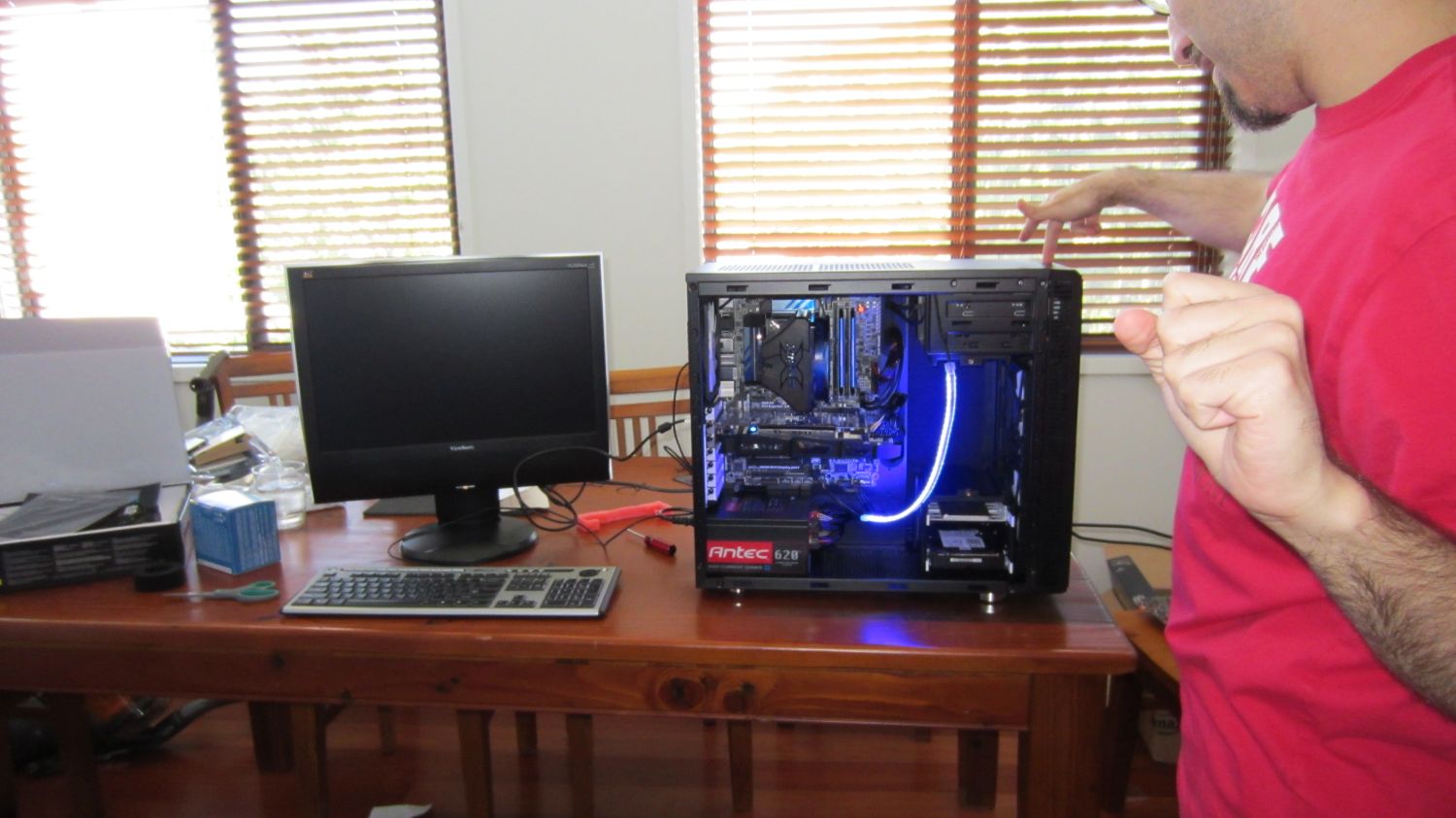 The first boot is always a cringe-worthy moment 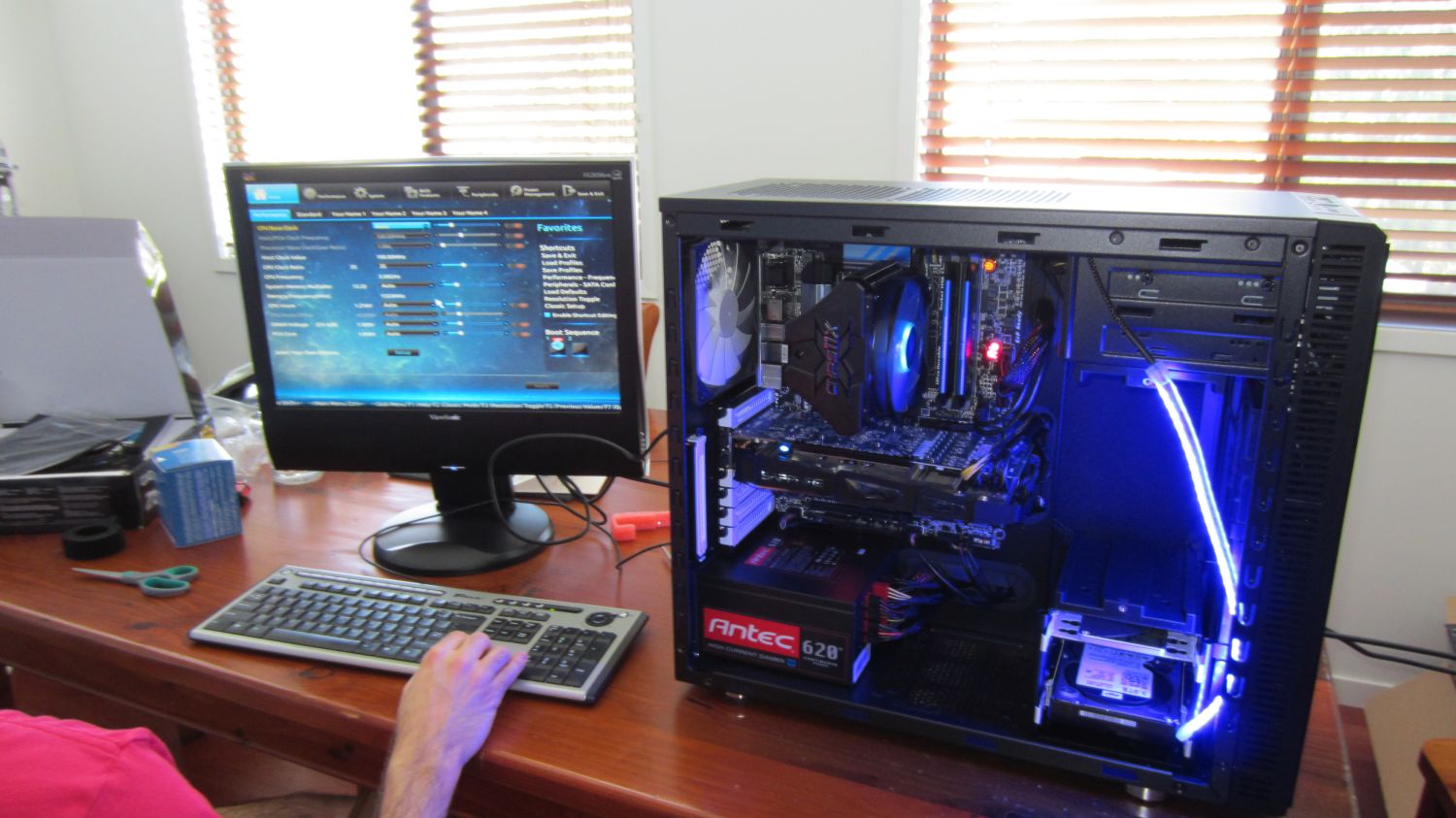 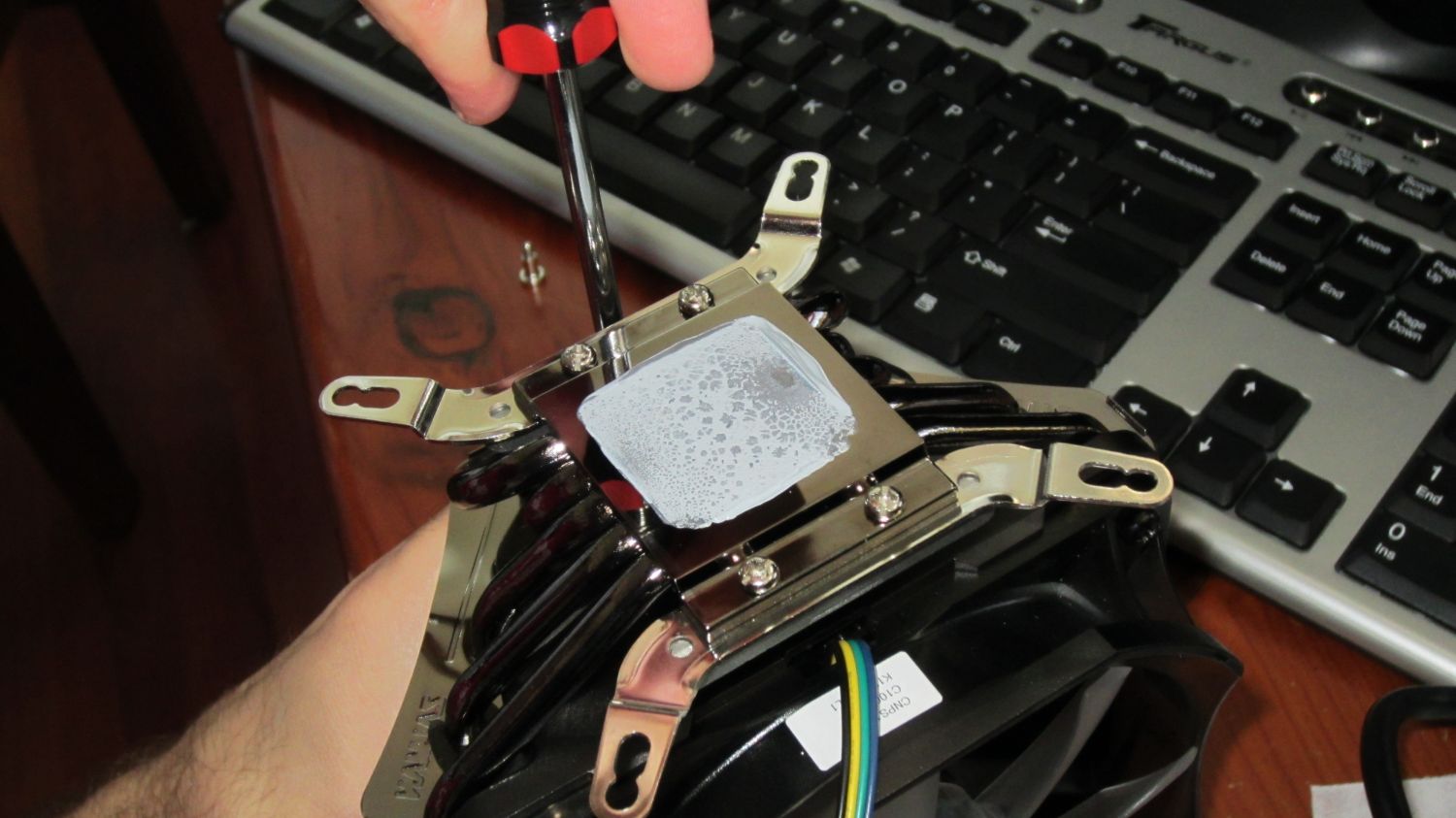 Temps were too high, remounting heatskink 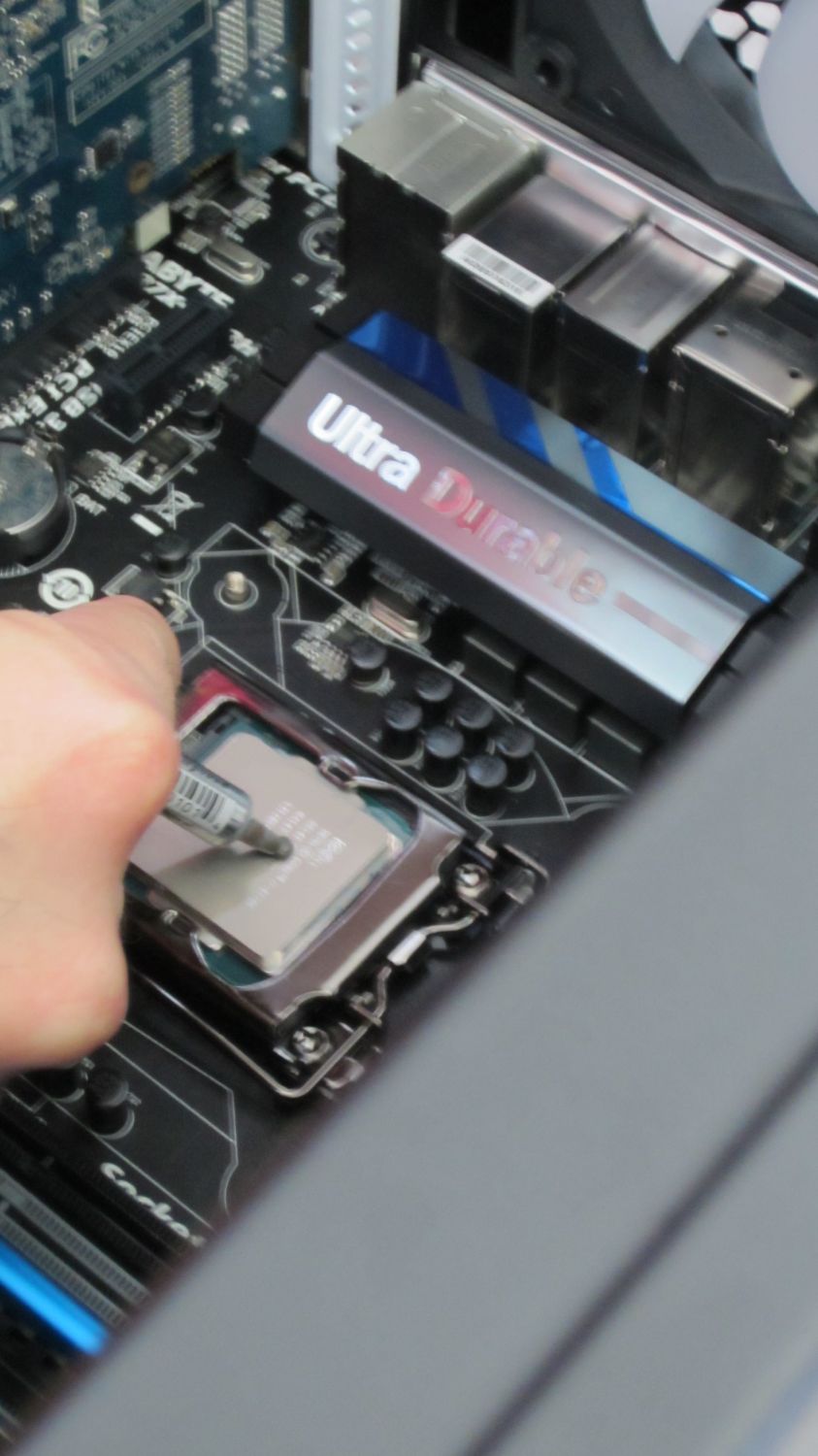 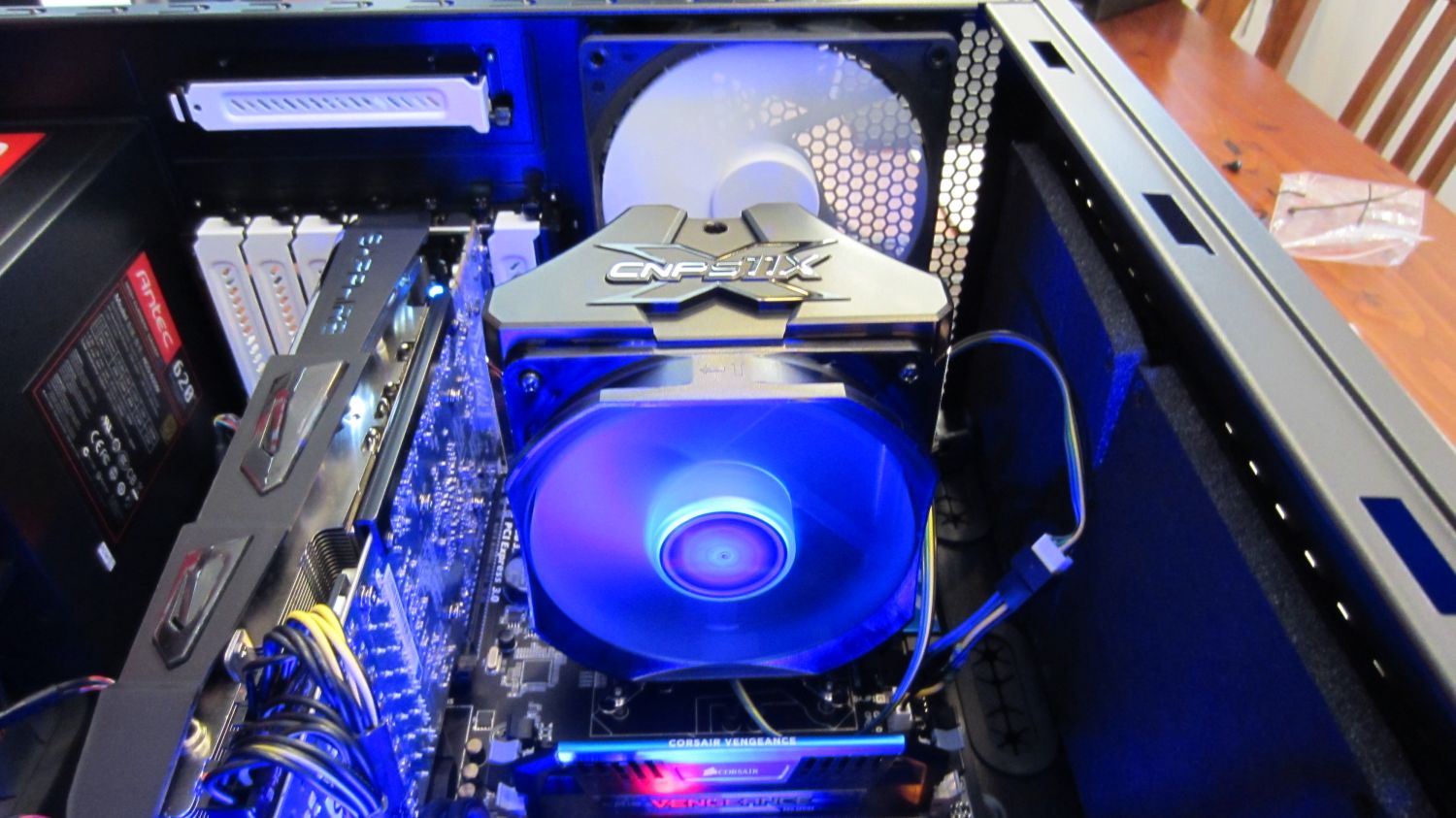 Turns out it was a faulty BIOS version 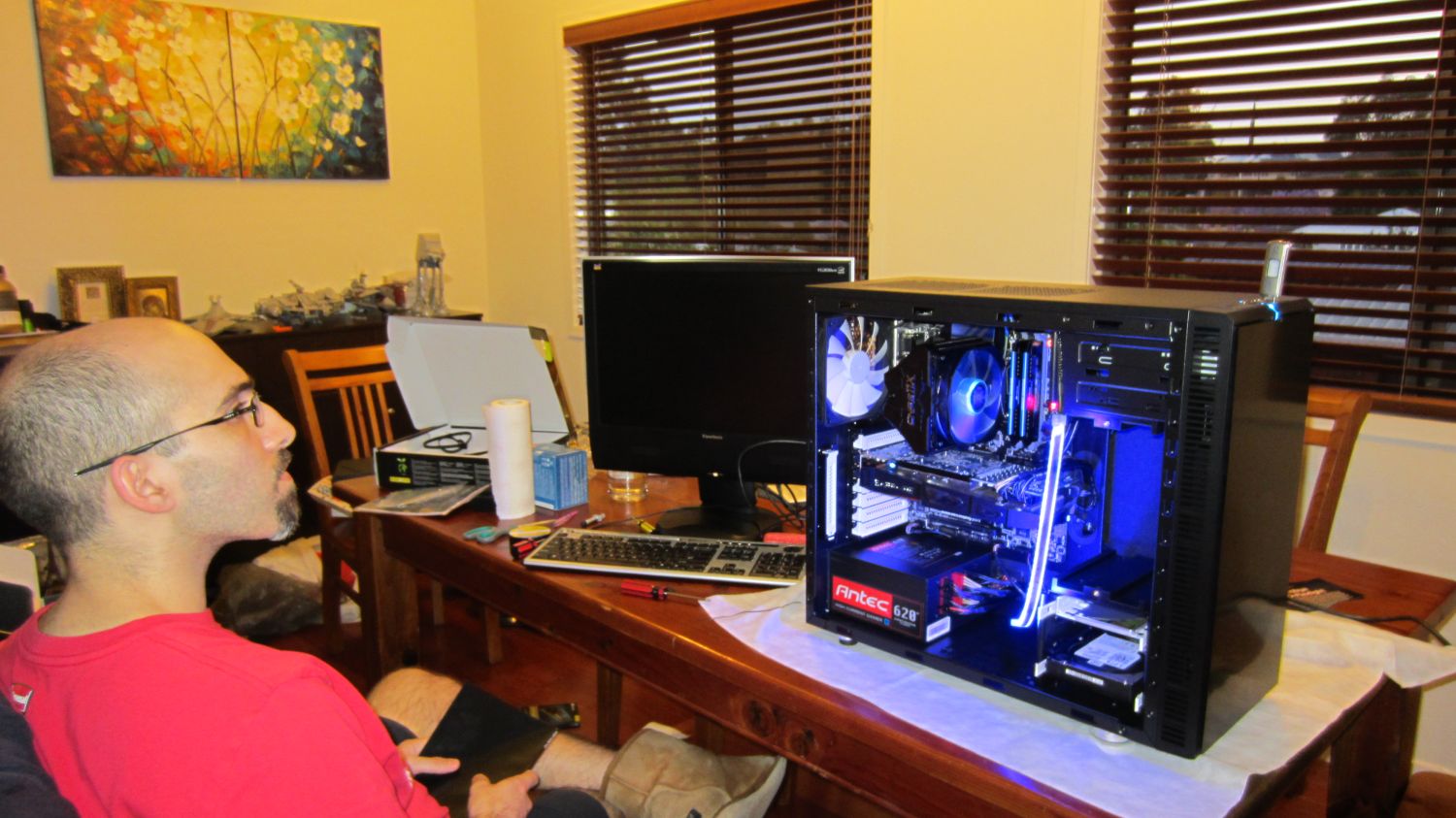 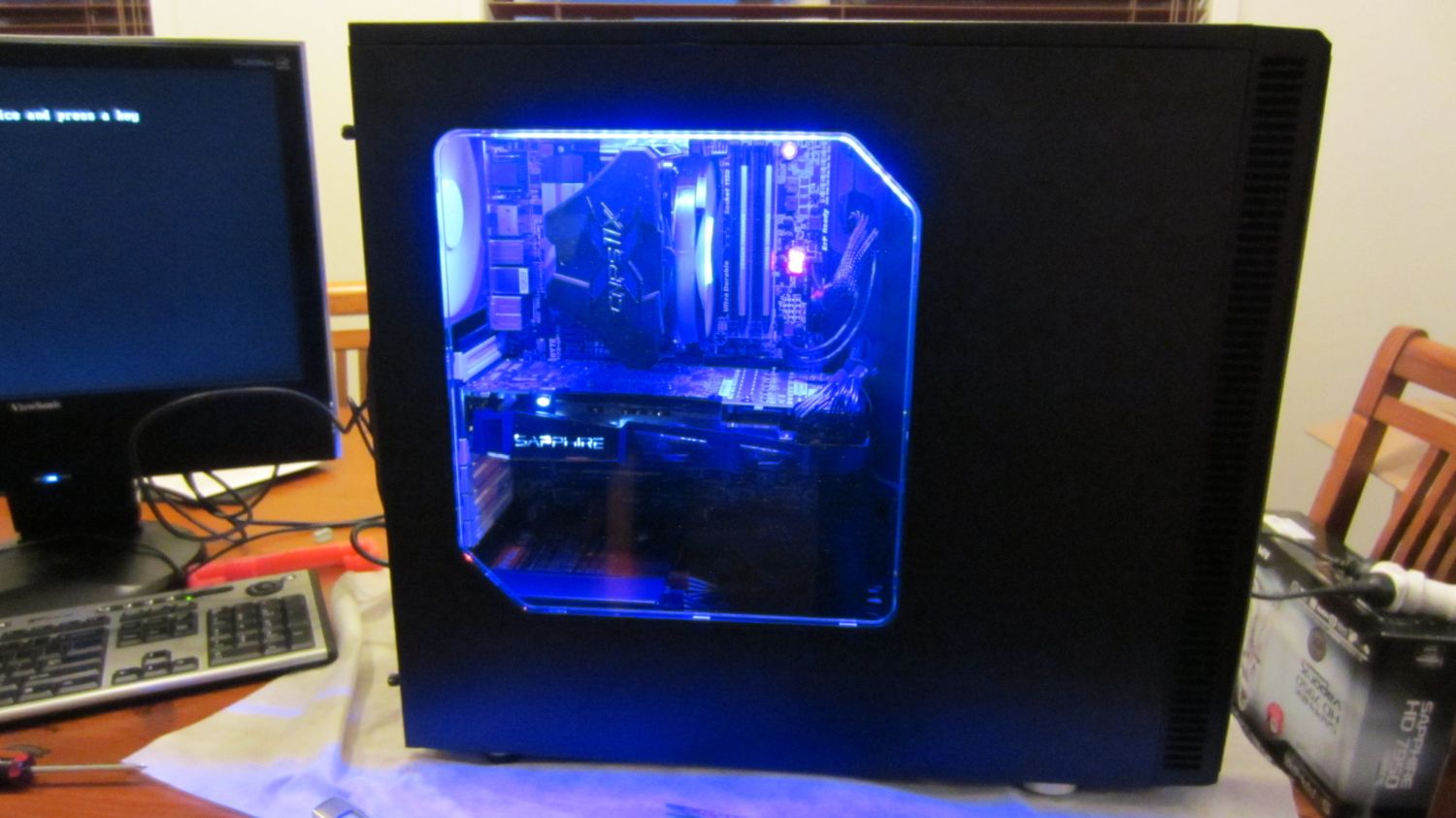