The announcements of the closure of two things, one a game development studio and the other an instant messaging application, have had me reminiscing on days gone by; namely, the mid-to-late 90s. Both closures are very understandable and not very surprising. It makes them a little easier to accept, but it's still hard not to feel a little sad. 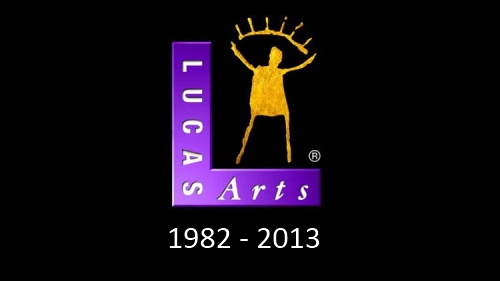 In my opinion, the bigger announcement of the two was that Disney, following their acquisition of all of Lucas-land, have decided to close down LucasArts as a game development studio. It's not unexpected, as the once mighty and innovative developer is barely a shadow of its former glory days.

In the 1990s LucasArts was one of the premier game developers; nearly everything they made was gold. Not just the Star Wars IP they had to draw on, but it was more-so the non-Star Wars stuff made them a household name for anyone who grew up playing games in that decade.

To rattle off my favourites from just the 90s: the Monkey Island series, Day of the Tentacle, Sam & Max Hit the Road, Star Wars: Rebel Assault, Star Wars: Dark Forces and Jedi Knight series, X-Wing (and vs.) TIE Fighter series, Yoda Stories, Grim Fandango, and the list goes on.

As the 2000s came a long, the studio started to wane, not producing any notable original IP at all, but they still managed to create some great Star Wars games: Star Wars: Galactic Battlegrounds, Star Wars: Battlefront series, Republic Commando, and Empire at War. But by the latter half of the decade they were mostly licensing things out, and two thirds of the games were average at best.

In the past 5 years the only thing they really developed themselves was The Force Unleashed games, and only the first one was halfway decent. Something I read today really made sense: "a studio that releases Kinect Star Wars does not deserve to go unpunished". True.

I hope that the future licensing-only company that LucasArts is slated to become will be able to coordinate some really great games developed by other studios. It's not like that hasn't worked at times (KOTOR, for example). I'm an optimist, although it will hard to slide much further than what LucasArts has become today. 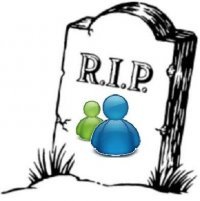 Moving on the other era ending: it's been many a year since I touched MSN/Live/Windows Messenger, but it is hard not to be a little nostalgic upon hearing the news of its imminent closure too.

Like most Australians of my generation, after starting off with ICQ (remember that?), in the late 90s and early 2000s MSN Messenger became the default instant messaging application of choice.

However I largely turned off instant messaging by the time reliable and instant web-based email came along with Gmail in 2005. Call me a traditionalist, but I've never really liked conversing with friends over text-based chat. I think I was scarred early on by a few teenage text-misunderstandings, but that's another story altogether.

Following Microsoft's acquisition of Skype and its now prominent integration into a lot of other Microsoft products (like Windows 8), it's not surprising that they have decided to merge Messenger into Skype.

Video chat is becoming a lot more widespread, and Skype is the default choice for a lot of people. In Skype, they have more market dominance in the video sphere compared to text, where Facebook Chat and Google Talk have exploited their market from other services like Facebook and Gmail.

Since Skype includes text chat too, it only made sense for them to consolidate the two products into the one service.