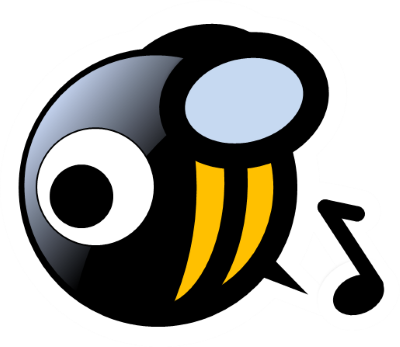 It feels like I've been complaining for almost a decade about the bloated mess that is iTunes. Despite all those complaints, I've never really been bothered to move on to anything else.

About 5 years ago, I had a brief flirt with other stuff like DoubleTwist, but wasn't that impressed and quickly ended up back on iTunes. This wasn't really because of iTunes being any superior itself, but more-so the ubiquity of support from third-party devices and services in interfacing with an iTunes library.

I hear you ask: "Wait a minute, you still own and manage your own music library?! That is so 2005! Streaming services is where it is at, you out-of-touch old fogey! Get on to Spotify/Apple Music/Google Play Music!".

I get the appeal of those services, but as I age, I'm less and less keeping up with the current 'popular'/chart music. I don't get into a lot of new music these days, and the music I do listen to, I like to own. I like the permanency, not to mention not being reliant on an internet connection (or having the forethought to download a cache when I am out of range/offline).

I know this probably has analogues to the people who prefer vinyl vs. CDs, CDs vs. digital, and so on until the end of time. At the moment I'm sort of adopting a hybrid approach: I have uploaded all my music to the free Google Play Music service, which does allow me to stream my own music anywhere for free (for up to 50,000 songs), but there's no way I would actually pay for a Google Play Music/Spotify/Apple Music subscription.

But like the advancing old man I am, I still manage my music locally on a computer, and I still hate iTunes with a passion. I did a quick google of alternatives, and there were a lot of recommendations for a program that I had honestly never heard of before, called MusicBee.

I've been using MusicBee for a few weeks now, and it's pretty fantastic. It's very lean, and does music-managing and playing extremely well.

It even has built-in syncing abilities for a lot of devices, and most importantly for me, allows me to sync all my music to a USB stick (with a specific custom structure) including playlists, which I use in my car entertainment system. This is something I previously had to do manually using a separate program in addition to iTunes.

The only downside now is that I can't buy any music from Apple without iTunes, which sucks because I still have some credit on my Apple account. To be honest, I'm happy to let that credit stagnate rather than consider installing iTunes on this computer. At the moment, I'm buying my music through Google Play instead, but it would be good to be able to take advantage of regular percentage-off sales that iTunes cards have.