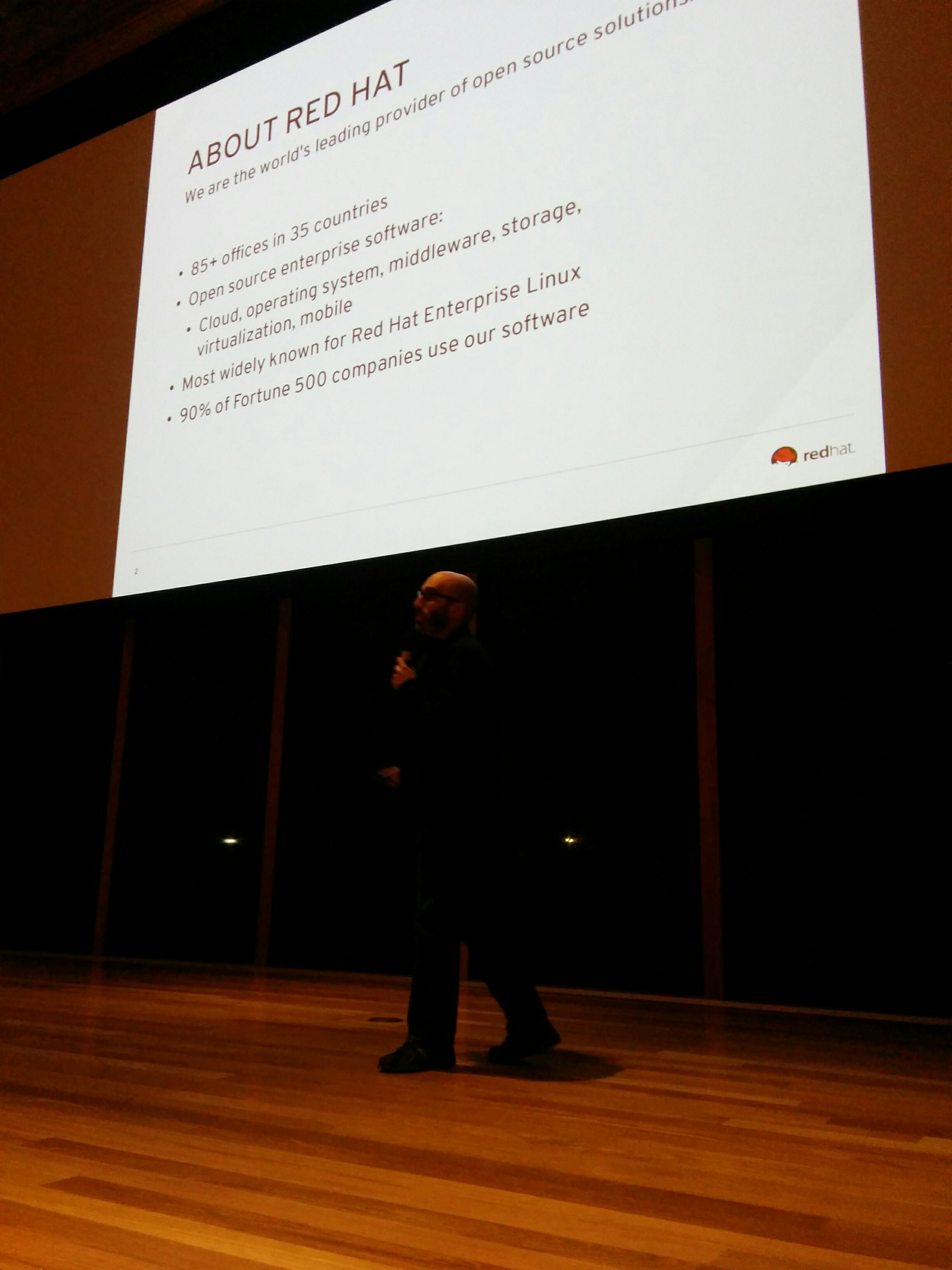 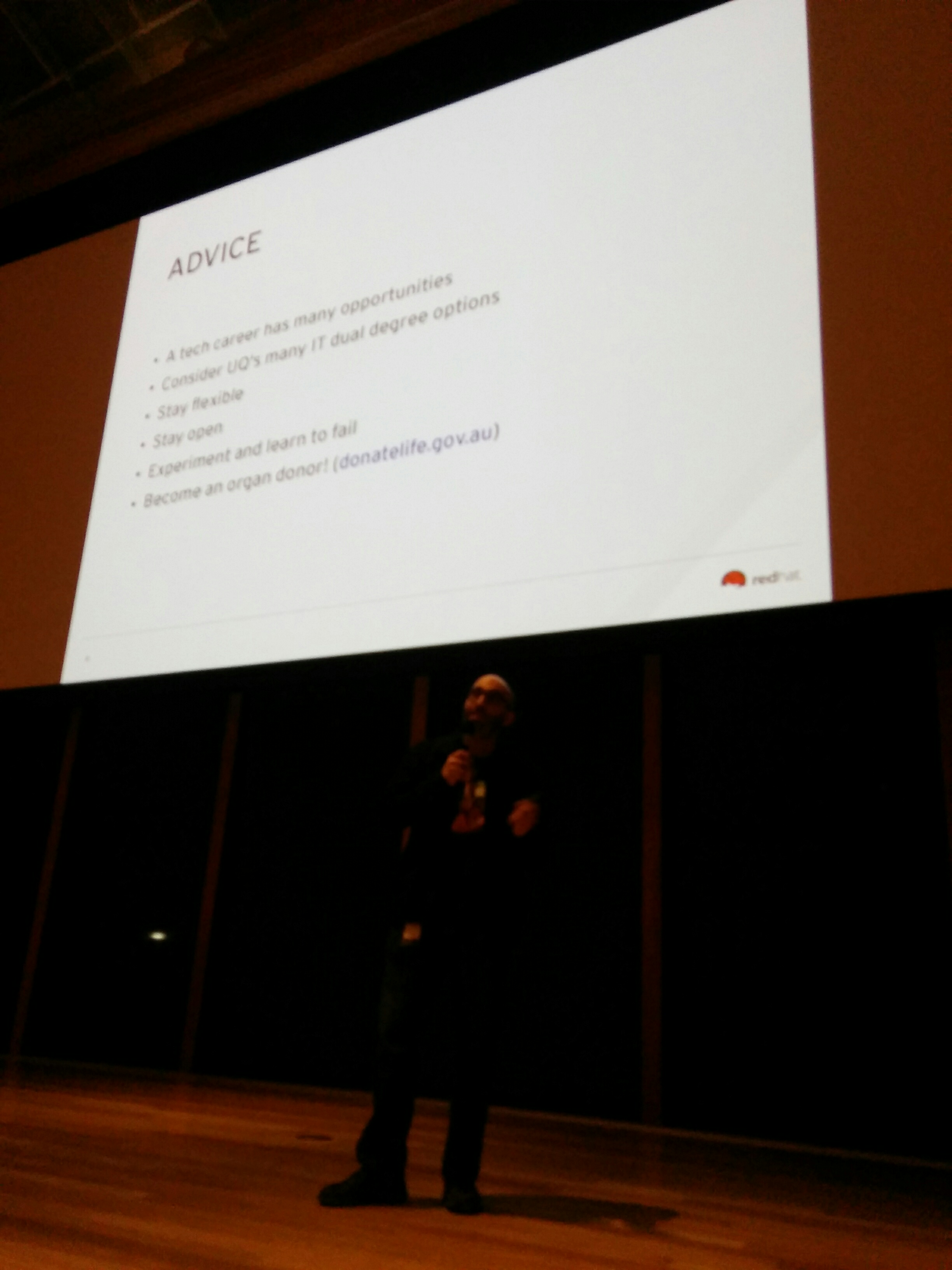 On Thursday night I had the privilege of speaking at the University of Queensland for an Engineering + Technology Careers Evening. It was aimed at high school students looking at studying engineering and tech at UQ, and I was (surprisingly) selected as a graduate success story to speak for 5 minutes on my academic and career journey. I have uploaded the slides from my presentation. It was the first time since our wedding that I've spoken in front of so many people! :S

I have to admit, it was a little strange talking about myself as a 'success' story, because I haven't really thought of myself as that. Other than espousing the open source way, technical writing, and Red Hat as a company, one thing I wanted to promote was that academic study, a career, and life in general isn't always about 'success' and a straight road to it (or what people from the outside see as success). It's also - and I would argue, just as importantly - about failing, and learning to embrace failures as a step for growing in a career/life.

I remember that as a very introverted 18 year-old first semester uni student, I was daunted at entering uni life, and especially at trying to cope with studying something that I just didn't get in to. That feeling of failure at wanting to drop out of journalism barely 6 weeks in to my first semester is still palpable.

But without this 'failure' I would never have discovered my true calling in technology and the career that it has turned in to. Accordingly, if it wasn't for the failure of not being able to handle working in a job I didn't really like because of health issues, I would never attempted a career change to technical writing at a great company. Trying something new and failing at it isn't something to be frowned upon.

Learning from these 'failures' and seeing them as opportunities for advancement and personal growth is something that is rarely taught, let alone encouraged.