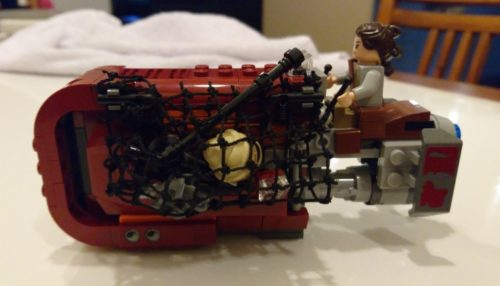 A while back I got the Rey's Speeder Lego set, and although it's good to have the main character of The Force Awakens in Lego form, it always bugged me that the side of the speeder where the cargo net is in the movie, was just some stuff stuck on using 1x1 clips.

So I decided to do my first serious Lego mod! I noted down the parts I thought I'd need, and then went to BrickLink and ordered them. They arrived in the mail today, and I went to work modding.

I'm quite happy with the result. In addition to the string net that carries the cargo, I also added tiles to the side panels to hide some of the studs, and removed the stud shooters on the bottom and replaced them with tiles, too. Although it's not 'realistic' to what is in the movie, I think it is a lot more Lego-accurate.

Before and after photos (and a movie screenshot for reference) below: 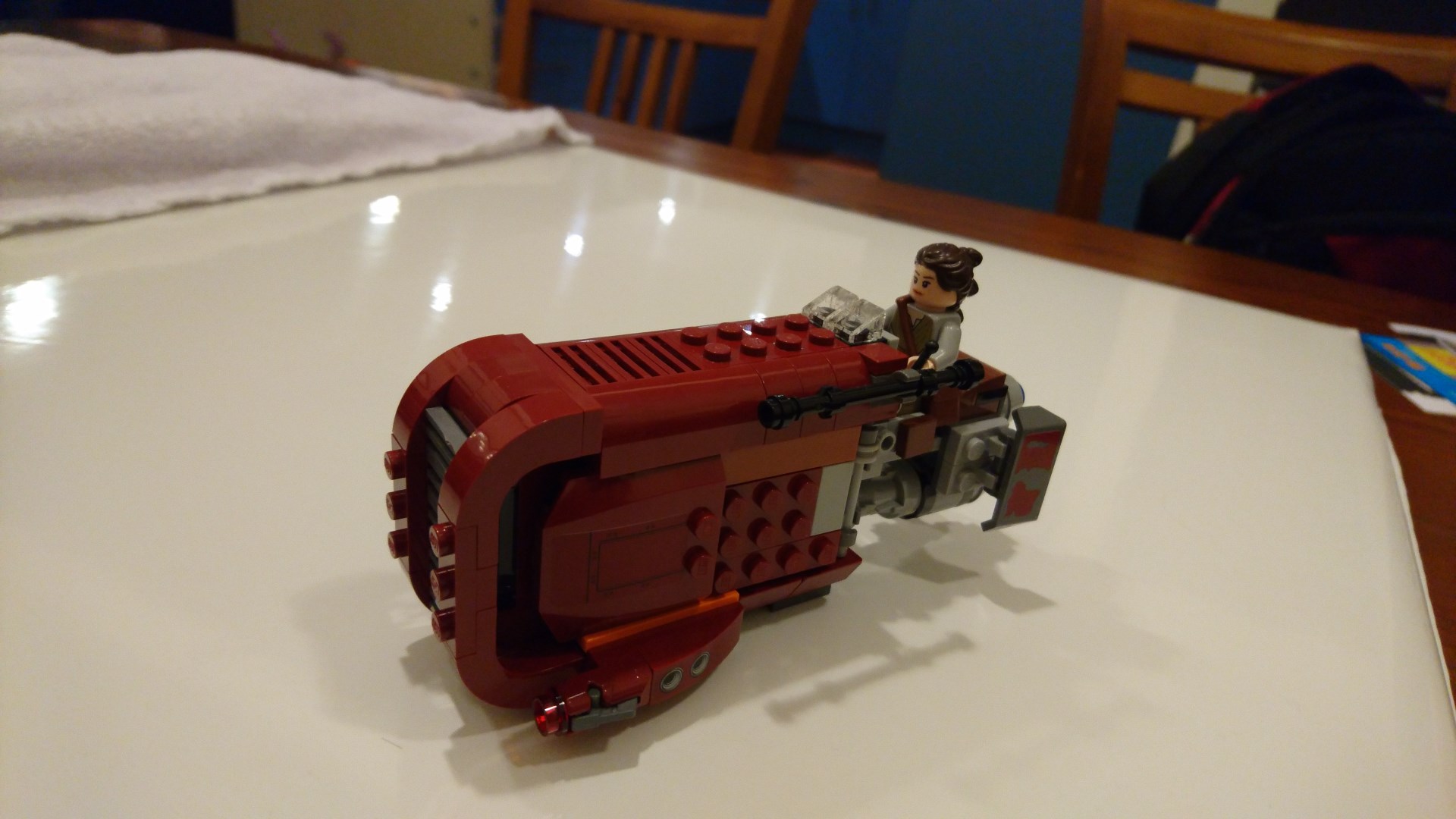 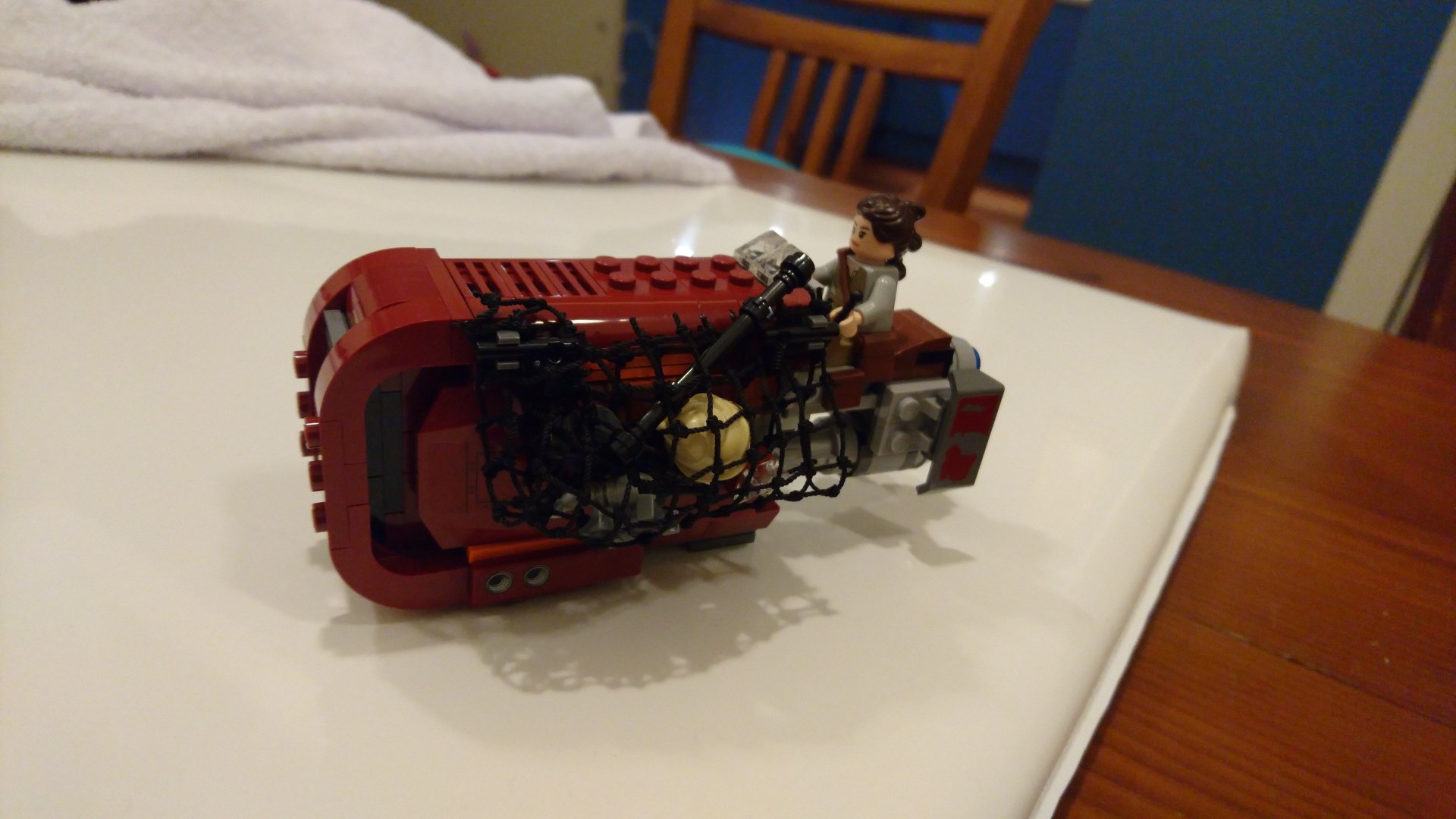 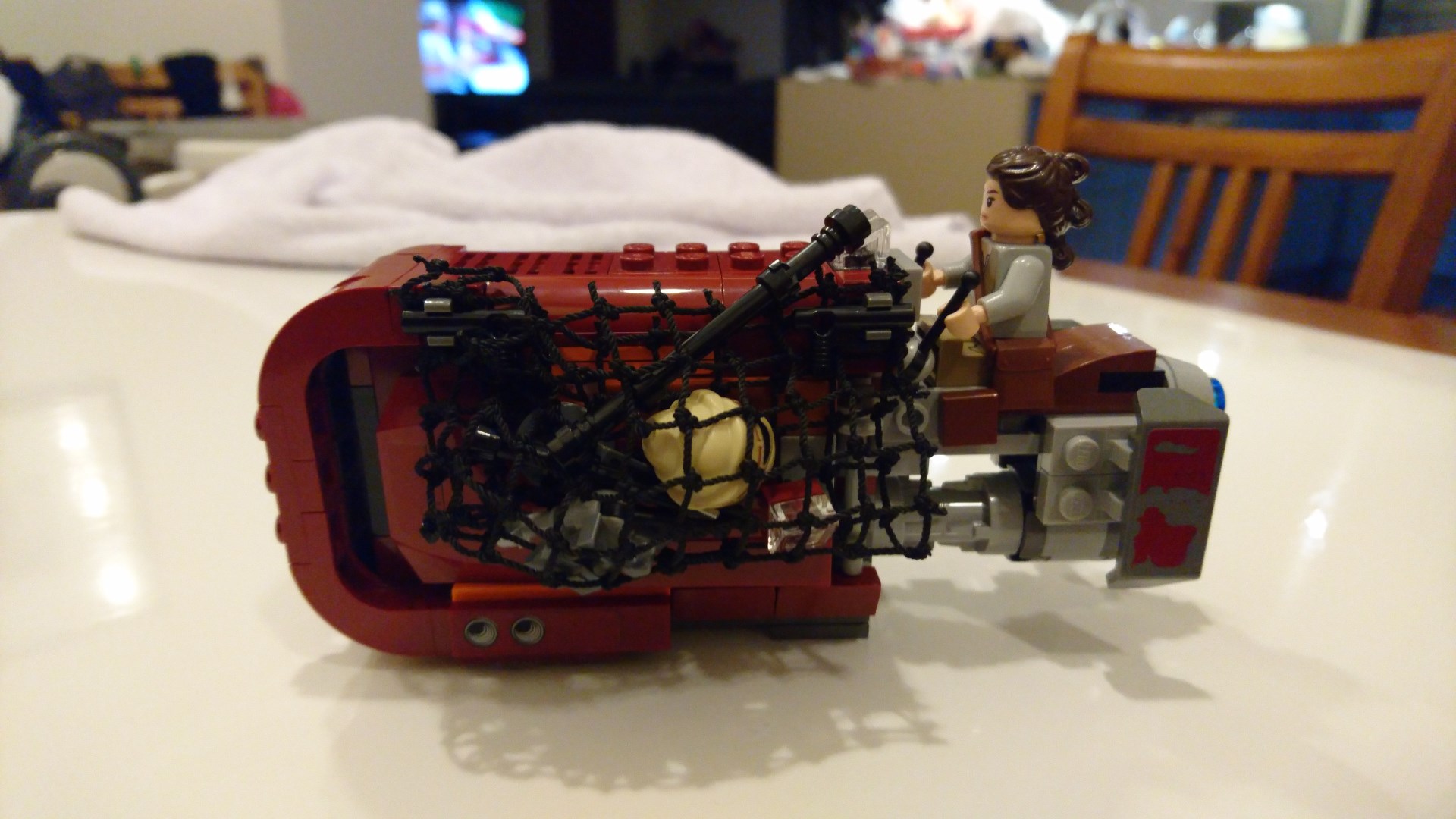 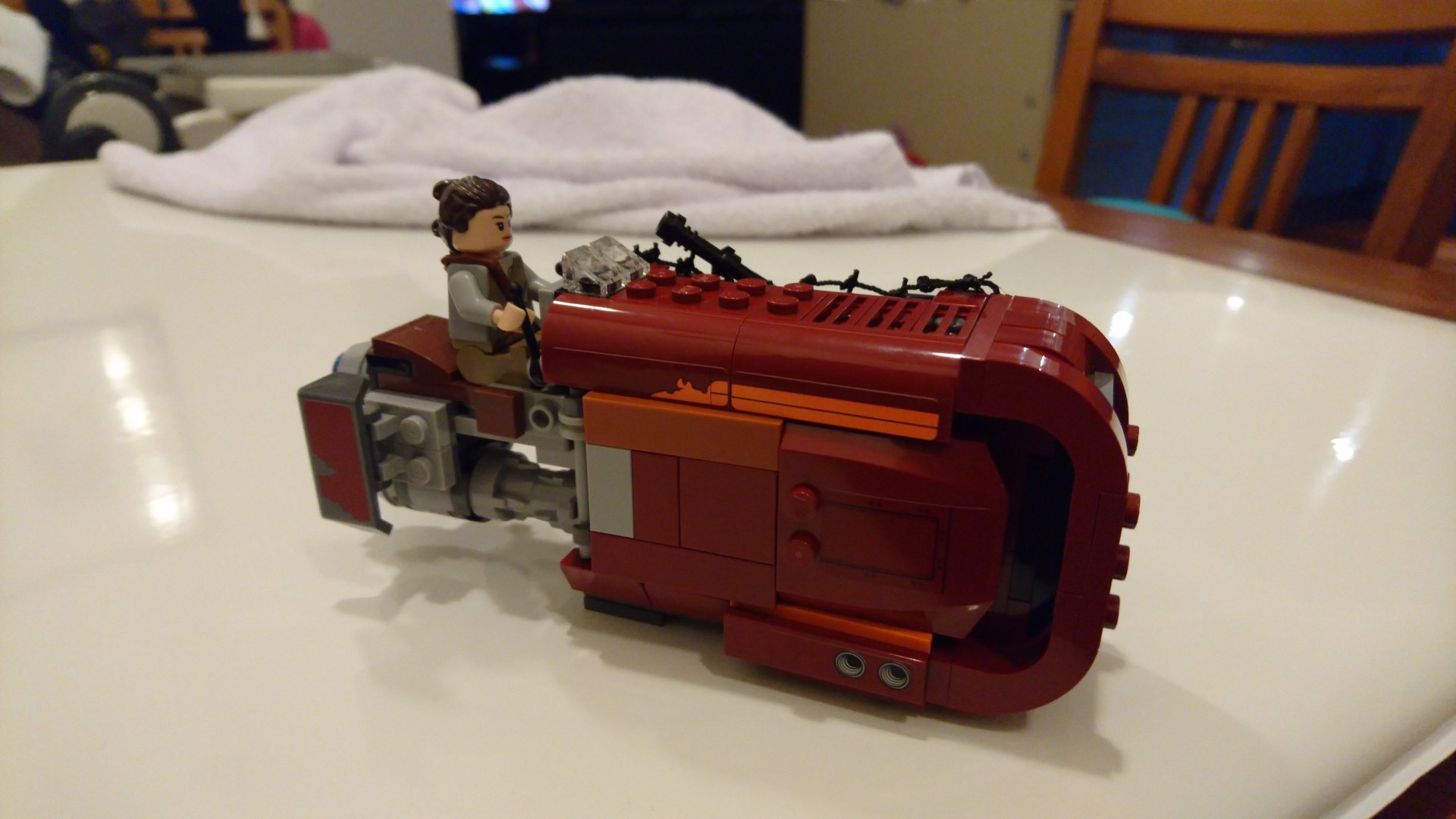 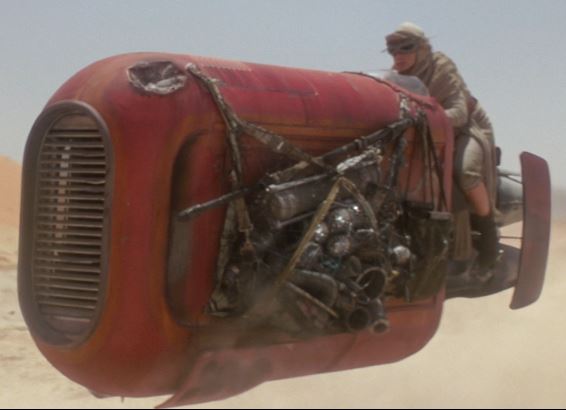