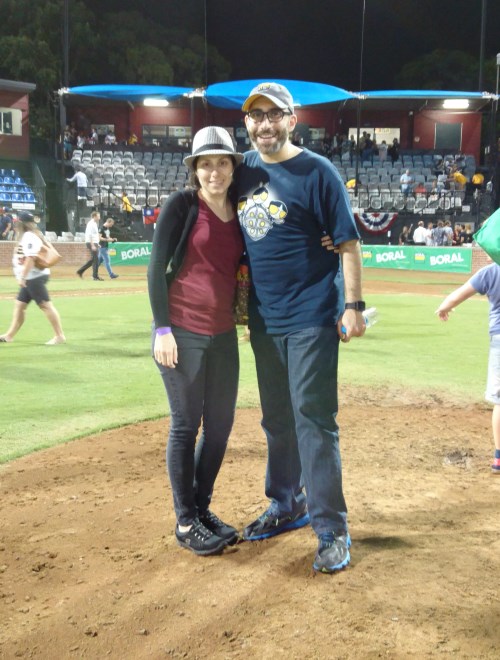 I've been a long-time baseball fan. I've always wanted to go see a proper baseball game, but was thwarted most notably when we were last in New York because the Yankees couldn't be bothered winning a game or two in a best of seven series.

So last night we finally got around to seeing the next best thing in Brisbane: the Brisbane Bandits in the ABL finals series at Holloway Field.

It was a great night, and one that I thoroughly enjoyed! The Bandits won the game, and was some really great baseball: a few homeruns, double plays, and errors. There was lots of jeering, and standing up for the final strikes of the final out in the top of the ninth was particularly memorable.

We even got to go out onto the field after the game, which was surprising because the next game is tomorrow.

I'm definitely going to try to go to a few more games next season!

Bonus points to anyone who recognises where the title of this post comes from.

2 thoughts on “Fake Tree Trout Through a Wall Frame”