Recently I have played through a few critically acclaimed games that were released last year that I never actually got around to playing: season one of The Walking Dead episodic series, and the downloadable PS3 title, Journey. 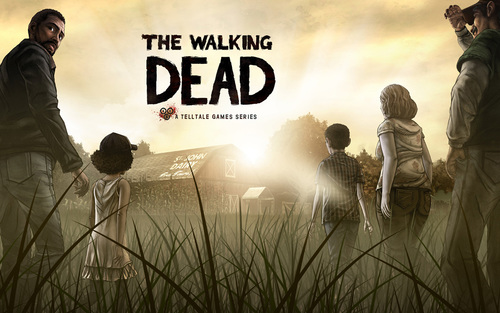 I had picked up season one of The Walking Dead in a Steam sale for some ridiculous price months ago, and over the past few weeks played through all the episodes. I have previously played almost every episodic series released by Telltale Games (like Sam & Max, and Strong Bad), so the uncensored swearing and violence of The Walking Dead took some getting used to compared to their decidedly PG-rated previous series.

The Walking Dead is also more of a character driven choose-your-own-adventure, compared to  traditional puzzle-solving point-and-click adventure games. Your choices literally decides who lives and dies, as well as defines your character and how other people relate to you. Choices made in the first episode come back to affect the story in the last, and overall the story and voice-acting are done extremely well.

However, I found the game was visually disappointing. The deficiencies of the Telltale rendering engine are on full display, despite the game covering most of it up behind a comic-like visual style. Rough movement and animation, and characters moonwalking against walls and objects are frequently obvious. Despite that though, it's not that bad, but it's definitely not that good. 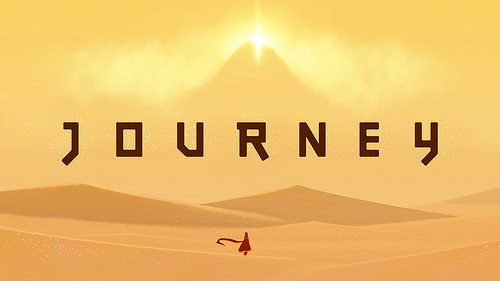 The other widely praised game that I played this weekend was Journey on the PS3. After loving Flower from the same developer a few years back, and with the near-perfect reviews and reception, I did have high expectations of this game.

I was not disappointed. Like with Flower, there was minimal instructions and no voices. The visuals, and especially the soundtrack, are absolutely superb. It really was an experience partaking in the titular journey, as you progress through different areas searching for light symbols and cloth which allow you to float and fly. Having anonymous co-op of another random player in each level (whose names are only revealed at the end of the game) was a fantastic touch too.

The only thing that I didn't like was the price. Although the game is fantastic, ~$19 for a game that lasts only 2-4 hours is very steep, and especially so now that it is well over a year old. If the awesome soundtrack was included as part of the price I wouldn't have minded, but of course that also costs extra :(.