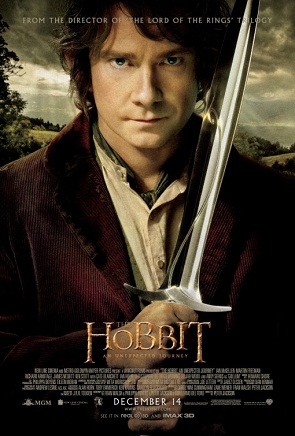 This year there were three Boxing Day movie releases that we really wanted to see: Wreck-It Ralph, Les Misérables, and The Hobbit: An Unexpected Journey. Thanks to advance screenings, we got to see two of them even before Christmas Eve.

On Friday we saw Wreck-It Ralph, and on Sunday we saw Les Mis. After recently seeing the West End theatre performance of Les Mis when we were in London, the movie left me feeling a little flat. Russell Crowe was definitely the weak link in the singing department (especially compared to the powerful voice of Tam Matu in London), and in my opinion the 'live' on-set recordings for the movie left the songs feeling a little raw and ragged, especially comparing them to the superb real-life stage performances we witnessed first-hand.

One thing that's also disappointed me about Les Mis generally is that there is no decent orchestral albums/releases of the music! I don't mind the singing, but some of the music stands fantastically by itself, and the medley in the credits of the movie is a great example. I've searched the internet for hours and only come up with a few not very good orchestral treatments... 🙁

I unfortunately broke my Lord of the Rings Boxing Day streak by not feeling to well enough to see The Hobbit: An Unexpected Journey on its release date; we had seen all three previous LOTR movies on Boxing Day 2001-2003.

We saw it a day late last night. We chose not to subject our eyes to 3 hours of 3D, and plus I wanted to safely steer clear of a possible high-frame-rate showing of it (hopefully the disastrous response to HFR will see it never used again...).

Overall, I felt underwhelmed by this first movie of a new trilogy. Although I haven't yet read the book, in my opinion turning a 300 page book into 3 three-hour long movies is an excessive treatment for The Hobbit, especially when you consider each volume of the LOTR trilogy being on average 500+ pages long, and each being made into only one three-ish hour movie.

Although not unenjoyable, this first movie felt like a LOTR extended edition on sleeping pills. I really couldn't help but think it could have easily been trimmed into a two-hour movie, especially considering the two musical numbers inside the first hour. I can understand two movies for the book if they wanted to stretch it out, but three movies is too much.

Martin Freeman's performance of Bilbo was excellent. He did a great job of walking the line of being consistent with Ian Holm's precedent for the character whilst also putting his own personal stamp on it. Ian McKellen was once again superb, as were the other regulars.

The movie overall felt very (and at times, overly) familiar with the previous films. I think a big part of that is Howard Shore being a little lazy with the score. For me it seemed like it was the same music was recycled for the same scenes. Whilst you can definitely have the consistent overarching musical themes for two sets of movies, I think John Williams showed for his scoring of the Star Wars prequel trilogy that you can include previous themes and scores whilst also coming up with something very original for each film. But then again, maybe comparing any other composer to John Williams is a little unfair.