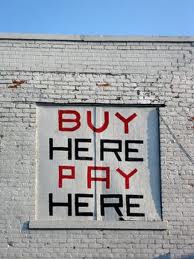 The past few days has seen the start of a massive shake-up in the Australian media industry. Both Fairfax and News Ltd have announced drastic cut-backs in staff, and more eye-catchingly for me, also announced their intentions to set up paywalls around some of their major news sites.

The paywall has been an increasingly popular option for media companies, especially those which have traditionally had popular newspapers, as they attempt to replace the revenue that has and is being lost by people ditching physical newspapers in favour of online-based news websites.

In the past, a website for a newspaper was merely a side-business to complement their main business of selling the physical paper. However people are now primarily going online for their news, and these companies are finding that their revenues from online advertising aren't covering their losses from the declining newspaper readership.

The response to this has been the paywall. A paywall can be implemented in various forms and models (e.g. allowing you a certain number of article views for free per-day/month), but generally it means that if you want full access to the site and its articles you've got to subscribe to that site and pay for it.

The Australian media companies often point out the moderate success of the New York Times in implementing a similar system, but honestly I find it ludicrous that they are comparing their publications to the New York Times, and proposing fees which are a comparable price to one of the world's leading newspapers.

The big concern now is that all of the country's flagship newspapers will be behind paywalls, a situation which is apparently the first in the western world.

I'd be interested to hear other opinions on this and whether anyone would actually pay to access any of the newspapers' websites. Would anyone really consider paying a few dollars a week or more to access The Australian, The Age, or The Sydney Morning Herald? Personally, there's no way in heck I would. Their 'news' just isn't worth paying money for.

As the paywalls go up, I know that I will be increasingly fulfilling my news needs from http://www.abc.net.au/news/

1 thought on “Media back-step: The Rise of the Paywall”