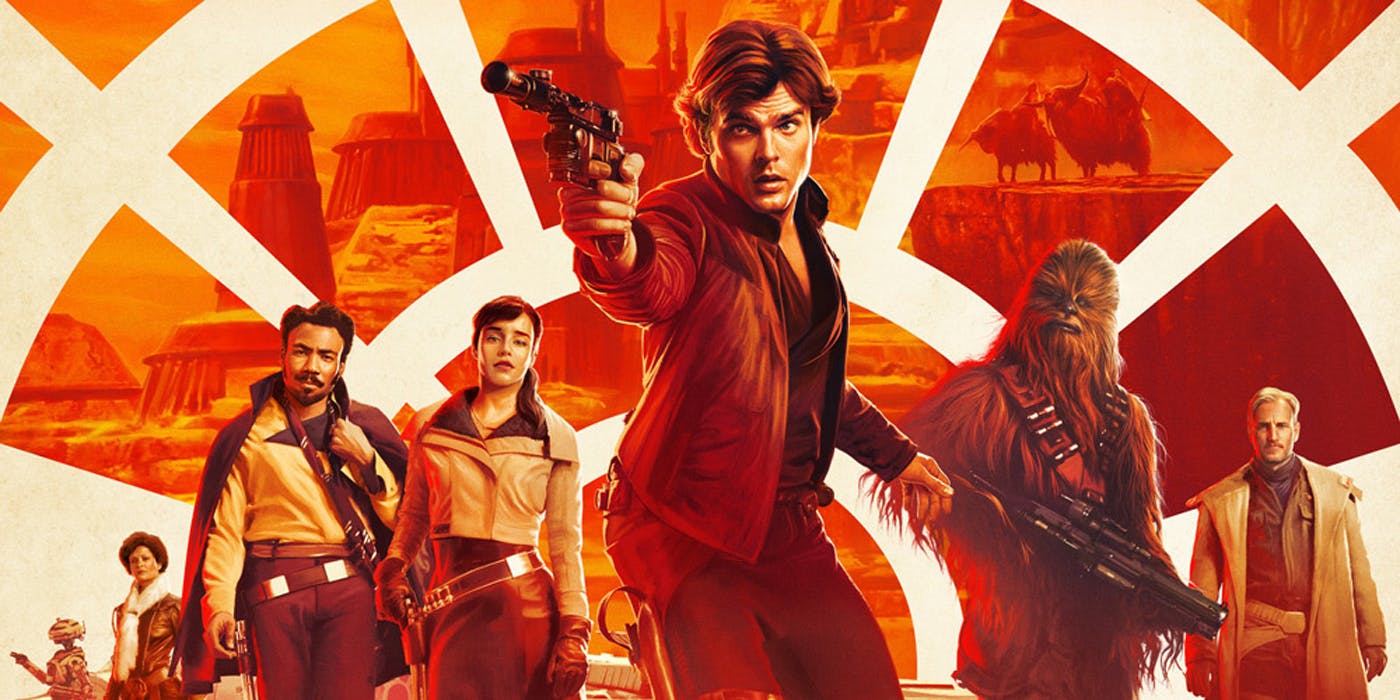 Apparently, some people actually read my Star Wars reviews, and I've been a bit slack writing this one up.

If you asked me what stories I'd like to see in the Star Wars spin-off movies, I'd have to say a Solo origin story wouldn't have been very high on my list. Combined with the reported production problems that resulted in the original directors canned in the middle of the shoot, I didn't have very high hopes for this movie.

My overall impression after seeing Solo: meh. It wasn't a bad movie by any stretch, but nothing really struck me as too memorable about it.

I thought the casting was spot-on: Alden Ehrenreich suited the character nicely, Donald Glover was great as a young Lando (sometimes too closely matching Billy Dee Williams' vocal delivery, other times not so much), and Woody Harrelson and Emilia Clarke rounded it out pretty well.

I didn't think the plot offered much. It was largely a by-the-numbers heist movie, and because there wasn't much at stake for any of the major characters, the tension wasn't there for me. We know in advance that they survive largely unharmed, so what could really happen that would build tension?

To sum up the unenjoyable parts:

I don't think I will end up seeing this more than once in theatres (a first for a Star Wars movie for me), but considering the setting and the production problems, I guess this one could have been far worse than it actually was.