Best and worst time! This is my personal review of 2017's media that I was exposed to, and the ones that I liked the most and the least. 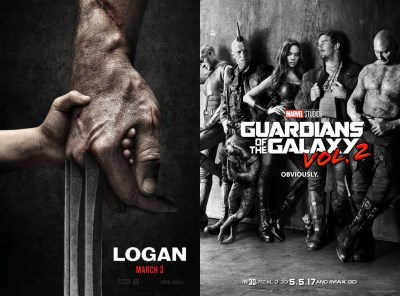 This year was quite a tough one to pick. There wasn't really anything that good that I can think of as being the stand-out, and by the same token, I can't remember anything that I saw that was really that bad. Nevertheless:

Best Movie: Two-way tie between Logan and Guardians of the Galaxy 2.

Guardians 2 gave me more of what I loved about the first: space, sci-fi, 80s, humour, fun, music, etc. Logan was a breath of fresh (and somewhat morose) air in what was a tired franchise.

Completely unbelievable quarantine behaviour by so-called 'scientists' ruined what might have been a decent space movie.

Dishonourable mention: Beauty and the Beast 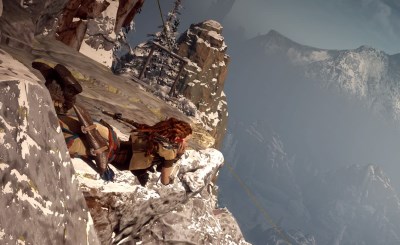 I said a lot of what I thought about Horizon Zero Dawn in my blog post, and what makes it even more impressive in hindsight is that it is the first ever RPG attempted by the developer, Guerrilla Games.

Some might be surprised at Zelda: Breath of the Wild not getting a mention, and although I did enjoy it (I put over 70 hours into the game and completed every shrine), it just didn't feel like anything really special to me. Horizon felt superior in almost every way. BotW felt like the same Zelda game from the past 15+ years, with a bit more exploration and annoying destructible weapons thrown in.

It takes a lot for me to include a game that I've never actually played here (and especially a Star Wars game!), but the well-deserved controversy that this game has generated has put me off it to the extent that I agree with a lot of the trolls posting Steam reviews. Full-priced games should never have the extent of pay-to-win loot boxes that this game has. Keep the paid loot boxes to the cosmetic stuff and make your dirty money in a way that doesn't punish other players.

I'm buying a fair bit of Lego every year, so I think a new category (at least for the best set) is appropriate.

This is an absolutely marvellous set, both in scale (over 1m high!), and in detail. Although the build was a little repetitive, the amount of detail they worked into the structure is extremely impressive, using some really complex techniques to create the always-difficult cylindrical shape.