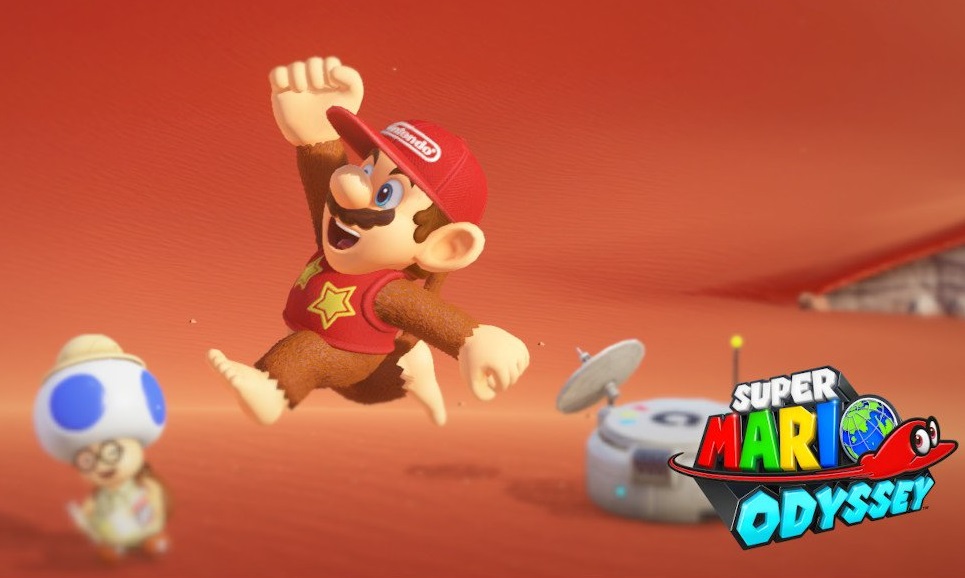 I've just finished playing through Super Mario Odyssey, and I have had a bunch of fun with it.  However, I have a seemingly unpopular opinion: although Odyssey is fantastic, and it really is, I don't think it quite lives up to the standard of its predecessor, Super Mario Galaxy 2.

Ok, now that's out of the way, here are just a few reasons why, in my opinion, Odyssey didn't reach the heights of Galaxy 2 (potential minor spoilers ahead).

I'm not sure what Nintendo were thinking still trying to push motion controls onto this game. 95% of the game controls fine without even needing to think about motion controls, so I really don't understand why they are needed.

I know this point can be seen as hypocritical because both Galaxy games are heavily dependent on motion controls, but that was the core mechanic of the console they came from, whereas Odyssey isn't.

For Odyssey, there are enough doubled-up buttons in the standard Switch control scheme (i.e. ZL + ZR, L + R, A +B, X + Y), that the actions triggered by a motion could easily have been delegated to a button without losing anything.

PS Nintendo: Since the motion controls and Wii pointer functionality are still here on the Switch, I would loooove a HD re-release of both Galaxy games! ;).

Story is never a strong suit in any Super Mario game, but it seems that this iteration was even more light on substance. At least in the Galaxy games we had Rosalina and her little star children driving the story forward. Odyssey has ... a hat.

After finishing Odyssey 100%, I really don't have that much sense of accomplishment.

Although enjoyable, I rarely found the game challenging. Excluding the quite stupid skipping rope challenge (grrrrr), the only difficult level of Odyssey was the final 'Darker Side' of the moon level. The levels were rarely troublesome, and whilst I did like the new approach to lives (there aren't any, only coins deducted), I didn't feel it was that difficult at any time.

Many of the moons are just simple fetch quests, or hidden areas that you needed to know were there. This is probably just preference, but it seemed like getting moons were more a cheap reward for exploration rather than an earned reward for solid platforming. I definitely prefer the latter.

I probably spent the last 3 hours of my time playing Odyssey just grinding out coins in order to buy the moons and costumes needed for the 100% star on my save file. I can't ever remember previously having to grind lives or coins to this extent in a Mario game.

The closest I can think of in Galaxy was having to quickly having to load up on lives in Galaxy 2 on the starship (because it never saved your life count), but that only ever took a few minutes at the start of a gaming session.

In my opinion, the Galaxy games have the greatest video game soundtracks of all time, so it is no surprise that Odyssey didn't quite hit their orchestral heights.

Odyssey's soundtrack is less orchestral than the Galaxy games, and whilst I love the jazzy tune of Pauline's Jump Up, Super Star! in the context of the New Donk City festival, the rockish song for the final level of the game absolutely bemused me. I almost had to double-take to make sure I wasn't in a Sonic game.