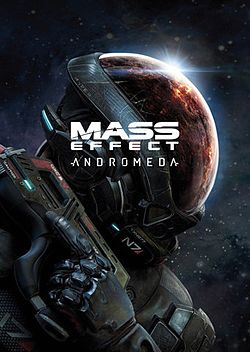 Some might remember that I loved the original Mass Effect series of games, but hated the ending of ME3 with a passion. The soft reboot of the series in the form of Mass Effect: Andromeda came out recently, and I just finished playing it.

It took me 73 hours to complete it almost 100%, and overall I enjoyed it for what it was. It wasn't 'great', and I tend to agree with most of the criticisms out there on the internet, but it's definitely not terrible.

Let's start with the bad. Yes, the facial animations (especially pre-1.05 patch) are/were pretty bad. I'm not quite sure what they were thinking, as even animations in ME1 from 10 years ago look almost as good as this. For a game where half of the time you spend is talking to people, this is probably the most unforgivable thing. The music was also a big let down, especially considering how good it was in ME1-3. The good Mass Effecty musical base is there behind the scenes, but it only rarely shines through (mostly in the planet/galaxy browser).

Generally, I don't think this game was too graphically impressive, despite it giving my newish graphics card a walloping.  I also preferred the combat of the ME2/3 games, and although the profile system provided flexibility, I missed the ability to micromanage my squadmates to make coordinated hits. The characters are a bit hit and miss: I like Peebee, but a lot of other characters like Vetra, Liam, and Cora are very dull and one-dimensional. 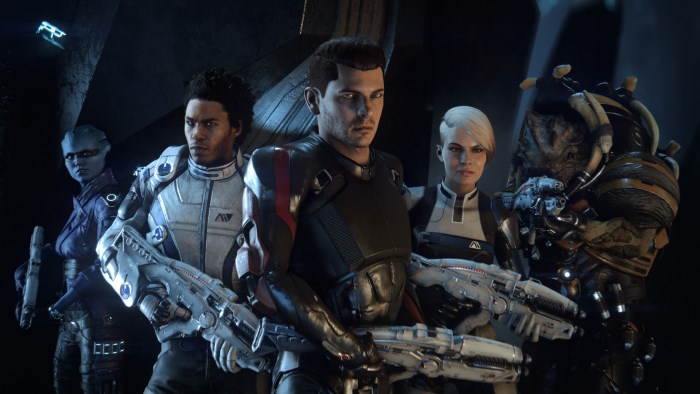 Onto the good. I liked the plot and where the series is heading after this game. The 'Initiative' travelling 600 years to some other galaxy was a great way to reboot the series without wiping away all we did in ME1-3, although the premise of a long-lost race leaving behind their technology was a bit too familiar (there was a line in the game making fun of this). The changes to the combat did quicken it up and add some verticality to it.

Meeting new alien races, and getting reacquainted with ones I already knew, I enjoyed playing through the game despite its issues. I'm not sure if my tolerance of ME:A's significant faults is due to the fact that there really is nothing else of note in the sci-fi/space opera action RPG genre. I really want more games like this, but all the other action-RPG games are almost exclusively focused on a fantasy setting, which doesn't interest me at all.