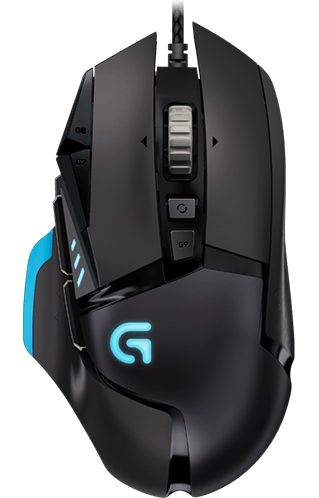 It's been a while, but now I have the excuse of taking care of a new life and attempting to get some sleep at the same time! 😉

I bought a new mouse this week. My last mouse, the G9x, has performed superbly over the past four years. However, recently the rubber coating on the mouse has started to oxidise and get sticky, so I thought it was time for a new one.

I picked up the Logitech G502 on sale for a very cheap $49, and it hasn't disappointed. It's amazing how much cheaper these top-tier mice have gotten over the past few years. I really can't fault the new mouse: very comfortable, lots of features and customisable options.

The only movie I've had the opportunity to see in recent months was the anticipated Avengers sequel, Age of Ultron. Although it didn't quite get up to the level of the original, like the original it is still a very admirable effort in balancing so many big characters in one film.

The difference between the first and second films is mostly the Loki factor. Except for the original Thor movie, Loki brings so much to the films he's been in, and although James Spader's voice was perfect for Ultron, as the villain of the movie he can't match the charisma that Tom Hiddleston as Loki brings to the films.