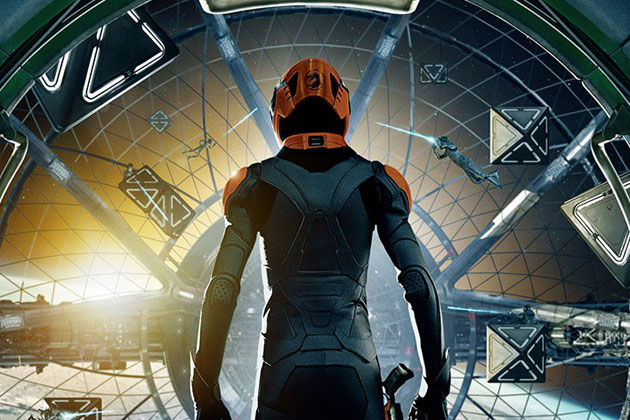 Last night we saw Ender's Game. Some spoilers may be ahead.

I had read the book earlier in the year, so I was quite eager to see how they would portray a book that I thought was not suited for a transition to the big screen.

I have to say that I was pretty impressed. I think they did quite a good job at compressing the story, themes, and relationships into a very watchable two-hour movie. Knowing the story of the book beforehand, it did feel very rushed, but while a lot of depth and other sub-plots were understandably minimised or left out, I think they did cover most of the important points to a degree.

I felt they could have covered some things better, especially the relationship between Ender and Graff, and also between Ender and his sister and brother. These were the pivotal relationships in the book, and I felt that the movie did not quite do them enough justice. I thought Harrison Ford as Graff, whilst decent, could have better portrayed his internal conflict of using Ender as a tool in a war, but still caring for him as a child.

The book easily has enough content for 2-3 movies, so I think it's commendable that they managed to do what they did with the time available to them.

Casting-wise, I thought it was almost spot-on. Asa Butterfield was very good as Ender, and the portrayal of Bonzo was almost exactly how I imagined him when reading the book. Ben Kingsley as Mazer Rackham wasn't anywhere near as bad as I was expecting, but surely they could have found an actual Maori for the role?

The one thing from reading the book that I was disappointed about in the movie, was the use of the formal name 'Formics' for the aliens, whereas in the books they are almost exclusively referred to by the nickname/slang 'buggers'.

Funny thing: after we got home from watching the movie, we encountered a huge spider on our stairs, and I promptly killed it. The irony of that almost escaped me, considering the plot and themes of the movie we had just watched! Lucas the Xenocide?