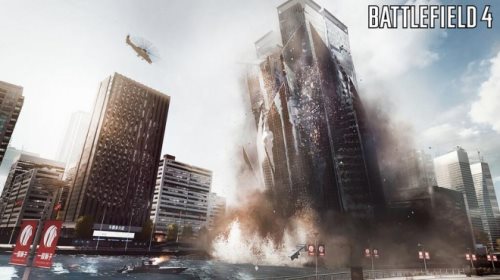 I don't often play beta versions of games. I mostly prefer to wait until the final product, rather than get used to an incomplete version of a game or get frustrated at bugs.

The one exception to that which I can think was Unreal Tournament 3 back in 2007, but I think that might have been a pre-release demo rather than an actual 'beta'.

However, after some prodding from Michael (who pointed out that it might be a decent test of the newly-built Executor), I installed the beta of Battlefield 4 and played it a bit over the weekend.

In short, it was great. There were a few issues connecting to the bigger conquest map (see here), but updating PunkBuster as suggested fixed that. From the limited map and weapon selections, it really seems like this is going to be a very decent game, with an even bigger emphasis on squad-based gameplay than BF3.

Like experiencing the Darkwalker for the first time in the UT3 demo, being on top of the Shanghai skyscraper when it started to crumble for the first time, and seeing everybody sprinting to jump off the edge won't be forgotten anytime soon.

I missed out on learning a lot of BF3 because of the house building, which meant I generally got pwned by the day-one players, so I'm looking forward to avoiding that by being on BF4 from the beginning.

I still have to decide on how I'm going to buy the game: digital download vs physical copy. A physical copy imported from overseas will take a few weeks after the release date to arrive (there's no way I'm paying Australian prices for the game), so I'm leaning to the download option even though I'll have to wear the ISP-quota hit because of Origin downloads being metred.

I've generally opted for physical versions of games because I like having something tangible for what I'm buying, but that's probably a topic for another post :).

Edit: awww, I was planning on playing it a bit more tonight, but it looks like the beta has finished :(. Now to wait until the game is released...