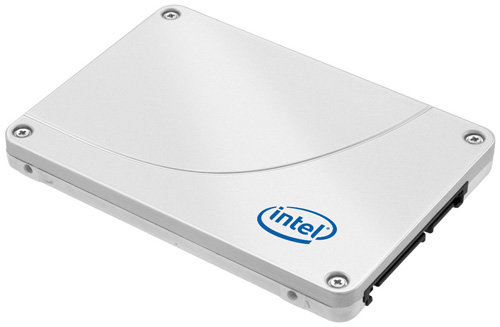 In the past few days I have upgraded the trusty old Cannon with an SSD (Solid State Drive).

Our main desktop computer (The Cannon) was getting pretty slow under all the bloat that had accumulated over the past almost-three years, so I thought a change was in order. If I were to follow tradition, the three year mark is usually when I would start looking at putting together a brand new build, especially with a new version of Windows coming out, but The Cannon build has aged really well over that time.

It's probably due to the fact of gaming consoles not advancing at all in the past three years, which has meant that most games' graphical requirements haven't changed all too much on PCs. The ATI 5870 graphics card that I have still handles most games very well, and the i7 950 processor hardly even gets going.

So the main thing that was still the performance bottleneck, and that was actually worth an upgrade, was to install a SSD for the Windows drive. Yes, it would also be nice to have a motherboard with more and conveniently placed USB3 ports, or one that natively supports SATA3 properly, but I'm not really missing out with those too much.

I had previously held off from getting a SSD for a variety of reasons. I was of the opinion a few years ago that Windows 8 would probably be extremely geared to more 'automatically' support and optimise itself for SSDs, and I guess we all know how that has turned out now that it has been released. Combined with that, it's only really in the past couple of years that the reliability of the drives has properly come into their own. The previous woes of SandForce controller-based drives (the majority of affordable ones) are well published.

I ended up getting an Intel 330 series 240GB SSD, and whilst it does have a SandForce controller, Intel's latest series of drives come with a good reputation from what I've read. At $189 it was well under $1/GB, and whilst the performance isn't as good as Intel's 520 series, I'm only plugging it into a SATA2 port for the time-being so the slightly lower benchmarks don't trouble me too much.

I got the drive on Monday, but the day before at indoor I managed to sprain my neck in a fall at the end of the game, so I wanted to hold off until my neck felt better before cleaning out the computer and rearranging the drives. It turned out that my neck got worse, so I had to get some physio done on it on Wednesday.

After finally installing it over the past few days, it is quite amazing what kind of difference the drive (and a fresh install of Windows) really makes. After POST, Windows boots in about 7-10 seconds, logging in is instant, and programs are instantly available after logon.

As a result of the now relatively small space available on the Windows drive (before I had a 1TB drive for that), it gets a bit tricky managing the space, mainly for the big game installs. Luckily a lot of people have a similar problem, and someone has put together a fantastically easy solution. The program is called Steam Mover, and what it does is basically copies game installation folders between drives (say from the SSD to a traditional HDD), deletes the original content, and then sets up NTFS junction (basically a symbolic link) at the old location pointing to the new one.

It means that there is no re-installation of Steam or the individual games necessary, and it enables you to have some games on the SSD within the Steam or Origin installation folder, and most off the SSD on other available HDD space. AND it's ridiculously easily move games back and forth as required.

Time will tell whether the new SSD is reliable and robust, but I'm already enjoying the significantly smaller times in front of the computer waiting for things to happen.