Part of our 2012 US/UK/HK Trip. See the explanation and summary entry.

We arrived in Las Vegas late on Wednesday night and went to our hotel, the Elara Hilton. The Hilton group had only recently taken possession of the hotel from Planet Hollywood, so when I booked our stay a month or two earlier they were offering ridiculously good rates (~$100/night for a 'junior' suite).

Upon getting to the hotel, the check-in staff informed us that our room was occupied by a time-share resident (or something like that), and it was unavailable. So they upgraded us to a full suite instead. 😀

It was more of a chic apartment than a hotel room. It was huge, with a full kitchen, and a flatscreen TV in each room (including the kitchen and the bathroom). In the lounge area the blinds lowered to form a screen for a projector (if the flatscreen wasn't big enough for you). Very nice. 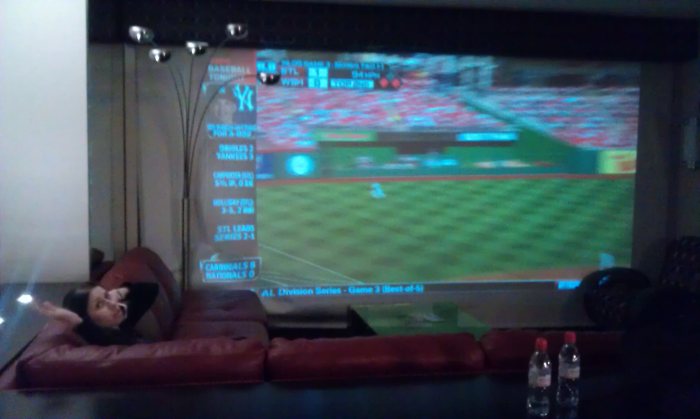 I had an off-feeling day for our first full day there, so we stayed in the room and enjoyed it for what it was worth. One thing we did do a lot in Vegas was watch the baseball post-season which was on at the time. There was a chance that if the New York Yankees made it to the American League Championship series (ALCS), and that series went to games 6 or 7 (it's a best of 7 series) that we might be able to see a game or two live at Yankee stadium when we were in New York the week after. We booked tickets online, and watched the games that we could. By the time we left Vegas we had eaten more than a few meals in sports bars, and the Yankees had won their divisional series and were 1-0 down in the ALCS, which we thought was good at the time.

On one of our nights in Vegas we saw a decent variety show that was pretty cheap. We thought about seeing one of the thousand Cirque du Soleil shows, but decided against spending the money, as we were planning to see a show on Broadway in New York and already had tickets to see Les Misérables in London. 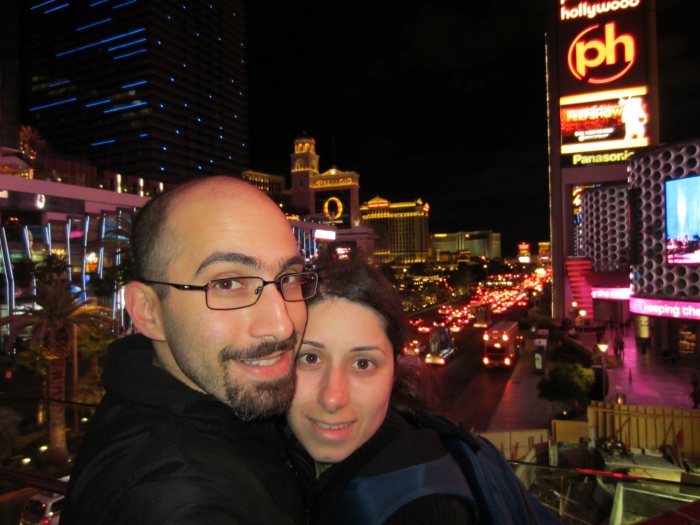 One of Despina's main goals in Vegas was to do a lot of shopping at the cheap premium outlets. We went to the 'South' one, and it is quite unbelievable some of the prices there. Despina got her fill, and we were fortunate we had the foresight to leave at least a third of our luggage empty in anticipation.

As an aside, one of the many things you notice about how great Australia is when travelling through places like the US, is how practically well our GST is implemented. It's great that retailers can't advertise prices exclusive of tax here in Australia, and it constantly caught us out in the US how advertised and displayed prices in stores and restaurants didn't include tax.