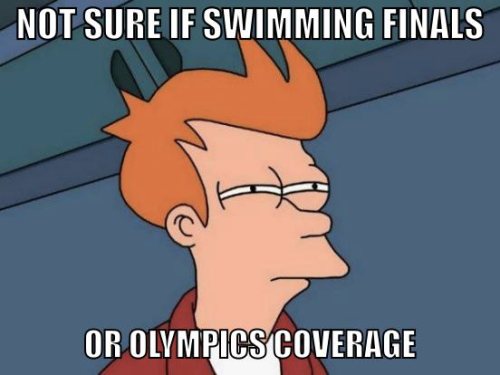 There's probably one thing that most Australian's will remember about watching the London Olympics, and it's not London, the athletes, the gold medals, or anything like that.

I think what most people, including myself, will remember is the absolute disastrous Channel 9 free-to-air coverage.

Disastrous might even be an understatement. There's so many things that have been wrong about the way 9 has covered the second-biggest sporting event in the world (everyone knows the biggest is the football World Cup :P), it's hard to even coherently put them into words, but I'll try.

In my opinion, there are two main issues here: quantity and quality.

In terms of the quantity, it's been quite a few years that we've had multiple channels per network thanks to digital TV, so it seems to me that it's an absolute waste to use up two channels (three if you count the 3D channel) to show the same thing when you can use both to show different stuff. I know there's the 'rights' argument as to why, but the Australian rights to show the games was a joint bid by Nine/Foxtel, and both are significantly owned by the same major parent companies, so I don't buy into that argument at all.

Other than the duplicity of channels, there's not even delayed coverage at all during the day. So between the hours of 11am to 4pm shows like Green Acres are being shown in their usual spot on the Nine's 'glorious' HD channel (but I've already ranted about kind of thing two years ago).

This leads into the quality issues. I've never watched an Olympic coverage that has been so single-mindedly focused on Australia before in my life. I know we're Australians and want to see a lot of the Australians competing, but for the first week of the coverage we were only shown token amounts (and even that's being generous towards 9) of sports that weren't either the swimming or rowing, and those token amounts were only shown if they included Australians competing. It was so mind-numbingly boring to watch heat after heat of swimming and rowing when there are so many other sports that we don't normally see much of (like the awesome handball) that can be shown.

I think there is a reason for this though, and that is, unsurprisingly advertising. I get that is how they make their money, but the amount and frequency of it this Olympics has been unacceptably overwhelming. It's not an exaggeration to say that at numerous times there has been an equal amount of time devoted to ads as there has been covering the actual sporting content. That's why they love to show all of the swimming and rowing, because after each race they can fit in an ad break, whereas for most of the team sports, it's not as easy to throw to an ad break every 5 minutes.

Also there has been so much wastefulness. Why do we need to watch interviews with Australian athletes which show them watching replays of their own medal-winning events (of which we have seen multiple times before already), when there are actual live events going on right at that moment that they could be showing instead?! 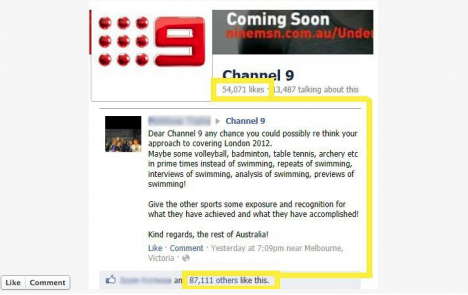 There's a lot more that I can go into, but you get the gist. The widespread dislike is of course most easily shown by the outpouring of negative comments on the internet, and people have not only utilised existing memes to spread the word, but even created some humorous new ones.

I know the free-to-air coverage will always be inferior to the pay-tv stuff, but not everybody can afford $70+ a month to just get a decent coverage.

I think that the IOC also needs to re-think their rights-management for the Olympics, and maybe get with the times a bit as well too. Something they should offer could be some sort of online viewing subscription similar to the 'Premier League On Demand' service I've mentioned previously, so that people can pay a small fee (like < $100) to watch extended coverage of the games via the internet without committing to a long-term pay-tv contract.

I didn't think much of Channel 7's coverage of the Beijing games in 2008, but it has truly astounded me how bad Channel 9 has covered this year's games.