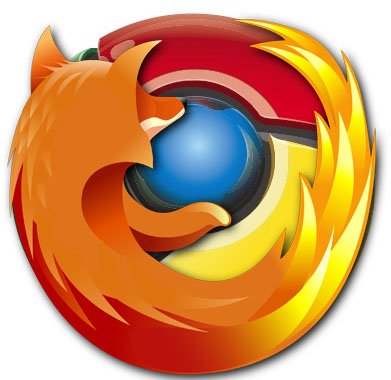 There's been a few articles rolling around the internet recently on the state of the Firefox web-browser. I've made no secret that since 2004, Firefox has been my browser of choice.

However in recent years, Firefox has been losing ground rather than gaining. Most commentators point to the rise of Google's own Chrome browser, and a lot of people I know have converted over from Firefox to Chrome for various reasons. A lot have been for social reasons, i.e. because it's 'cool' (something that was previously a Firefox drawcard over Internet Explorer), and other reasons people cite are practical: they prefer the 'look', ease of use, etc.

I think that a lack of forward vision and thinking within Mozilla is also contributing to the relative gradual decline of Firefox at the moment. I have been critical of them moving to a 'rapid release' development cycle in return for little perceived benefit, which has seen the now meaningless version number jump from 4.0 to 14 in just over a year.

In doing these rapid releases, they are trying to mirror Google Chrome's own quick updates which allow them to patch and update the browser as features/fixes are developed. However, the difference between Firefox and Chrome - and it is a big difference - is that Chrome does it silently without so much as even notifying the user, while Firefox bugs you to download and install and then restart the browser for every iteration.

This is something touched on by a former Firefox developer: "Ironically, by doing rapid releases poorly, we just made Firefox look like an inferior version of Chrome. And by pushing a never-ending stream of updates on people who didn't want them, we drove a lot of those people to Chrome; exactly what we were trying to prevent."

I strongly agree with a lot of what he says regarding not just Firefox's inferior change of direction with the rapid releases, but also for software updates in general. Rapid releases aren't necessarily bad, but if they constantly bother users and break existing extensions for little perceived benefit, then that's a big usability problem.

Adding to the irritation recently has been the increasingly buggy state of Flash. Using Flash v11.3 with Firefox, it's been crashing almost hourly at the moment. Although it's Adobe's fault and not necessarily Mozilla's, people have and will vote with their feet to another product which doesn't have the problem, such as Chrome (Google bundles Flash support into the browser, rather than having it as an add-on).

I'm a huge long-term fan of Firefox, and I'll admit that I too have been tempted to convert to Chrome. However currently there are a lot of small reasons why I haven't, and a few really big ones.

The biggest deal-breaker stopping me is the lack of a way to persistently set a larger text size for readability (note that this is different from 'page-zooming' which zooms images and layout in addition to making text bigger). This is accomplished in Firefox by the fantastic NoSquint extension, and despite extensive searching, I've found no equivalent extension for Chrome.

Until that big usability issue is solved for me, even ignoring the 'lesser' important preferences I have (such as the tab-management features offered by Tab Mix Plus), there's no way I could consider Chrome to be my primary browser of choice. There's still a lot of  stuff I have in my Firefox browser by way of extensions and functionality that is either onerous or impossible in Chrome at the moment.

Although it all sounds like doom and gloom for Firefox, things can be turned around. As a start, as soon as possible Mozilla should invest in developing a silent-updating system which can, as much as possible, preserve extension functionality. From there they should build upon improving functionality and performance, rather than doing it the other way around.

I hope this can happen, because I associate switching to Firefox as a pivotal moment in my own (as well as the internet's) IT maturation waaay back in 2004, and it will be a very sad day indeed if one day I would have to switch away from it.

Oh, and I love the image below: 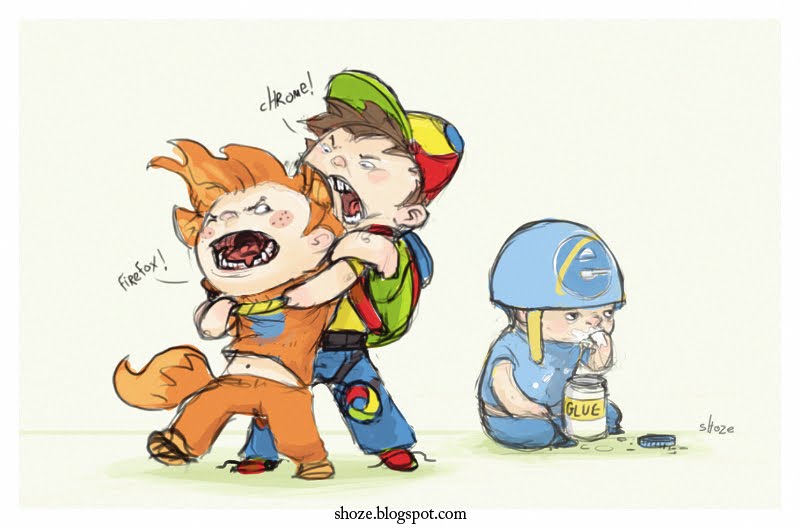